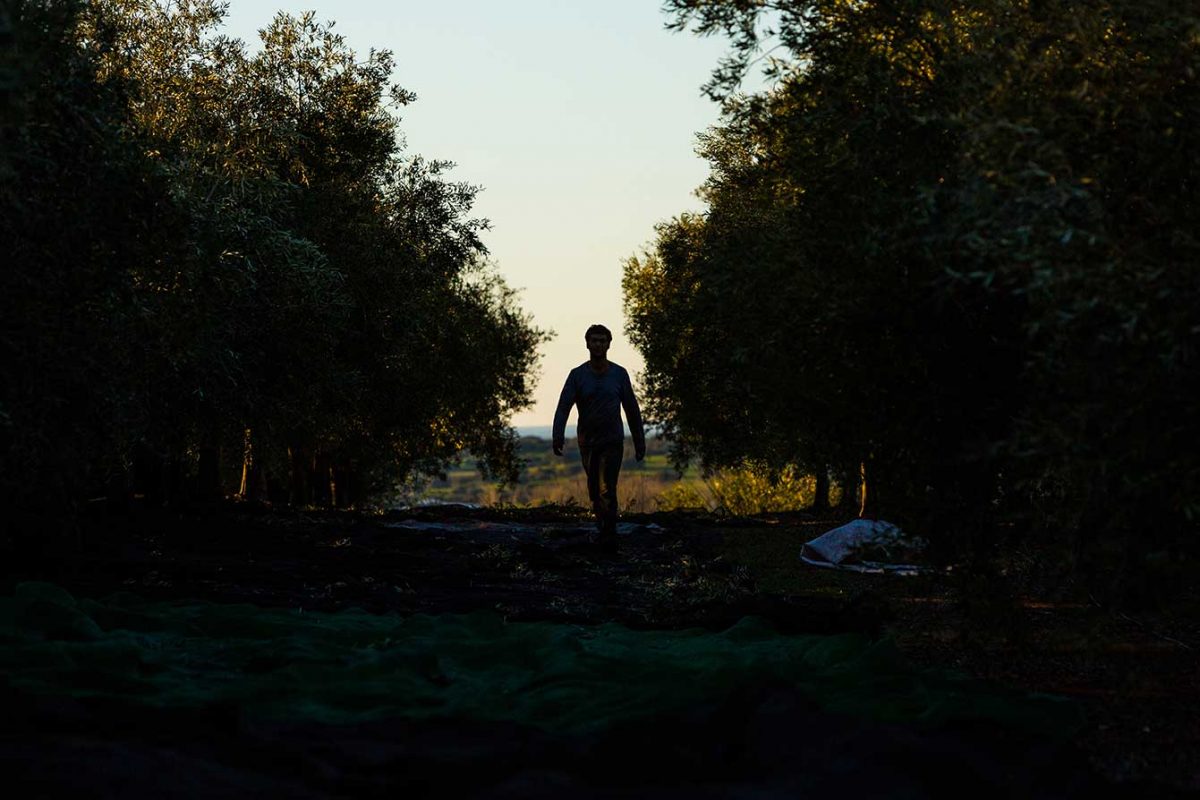 A company with a centenary tradition, and a leader in the olive sector in Portugal. The company sells three different olive oil brands.

Production of the olive oil sold by EMST is undertaken by a company in the same group – SICA (Sociedade Industrial e Comercial de Azeites). SICA has production and packaging facilities in Serpa and Estremoz. Both production mills are located in strategically strong areas, since these two regions have the greatest area of olive groves in Portugal, where approximately 60% of Portuguese olive oil is produced – Upper and Lower Alentejo. This geographic position enables EMST to ensure an authentic Portuguese olive oil in great quantity and quality from the best olive-growing zone in the country.

Although the three brands can be found all over the world, the Saloio brand is the most internationally renowned. 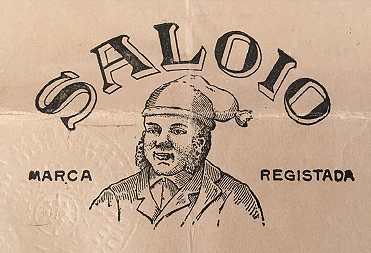 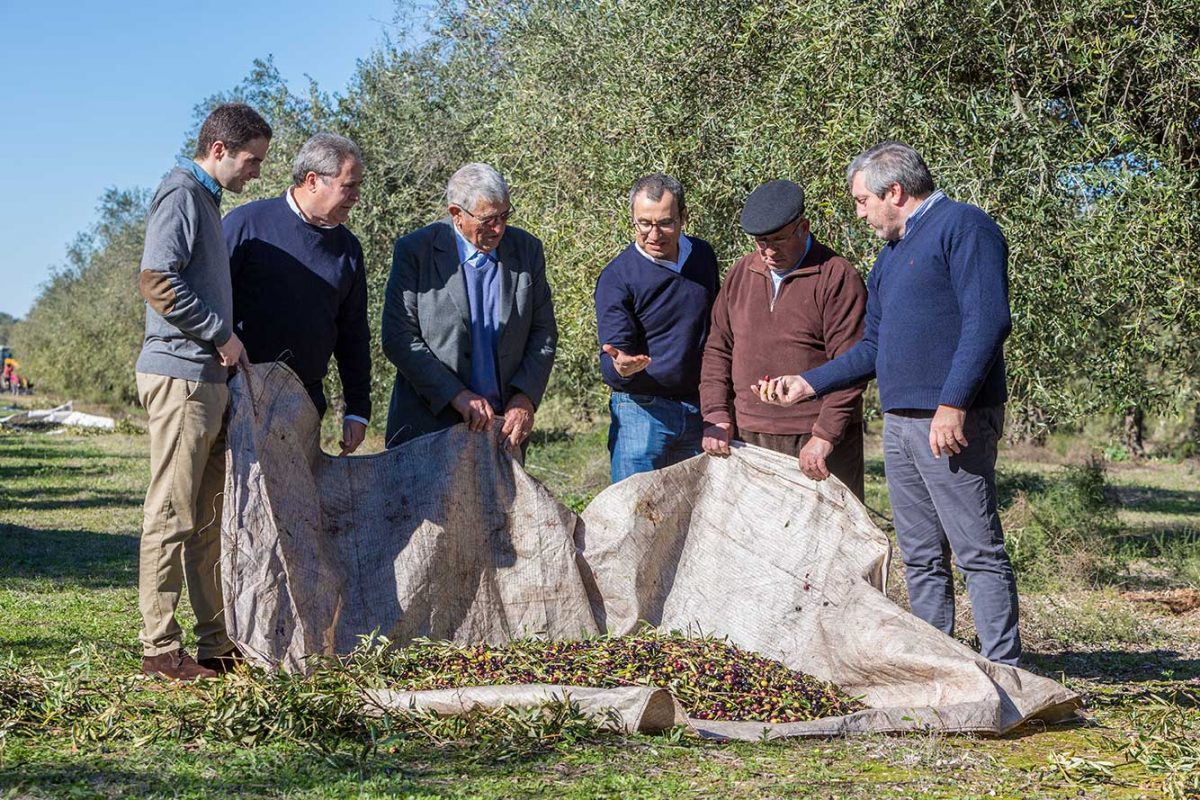 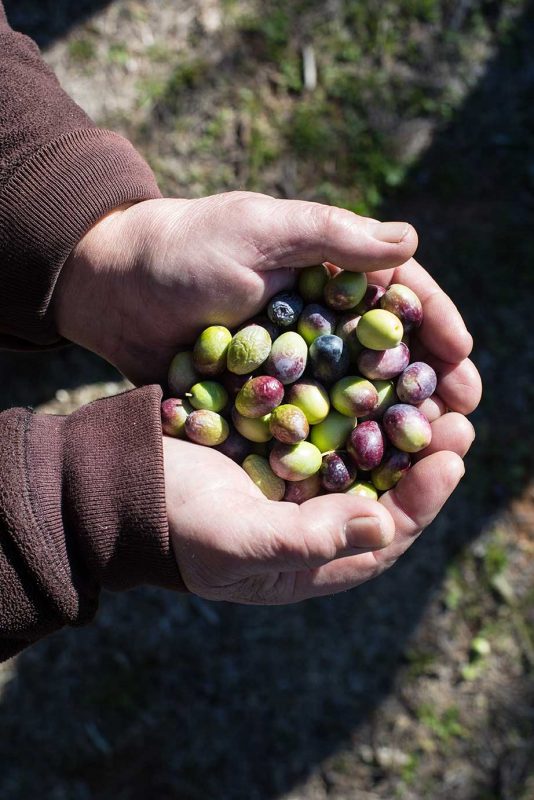 In 1911, along with his brothers, he established the company Manuel da Silva Torrado & Cª. (Irmãos), Lda, a firm that, on 14 February 1946, would become a limited liability company with the current name.

Aware of the quality and refinement of his region’s olive oils, Manuel da Silva Torrado decided to take this delicacy to Lisbon. It was a success! This victory created obligations and, as the market grew, a more rigorous selection was made from olive groves in the region to ensure his olive oil was always the best.

The need arose to find not only an olive oil of great quality, but also packaging that ensured the olive oil reached the consumer with all of its virtues and attributes intact. Therefore, the tin packaging was created to preserve and protect all of the olive oil’s properties.

This is how the brands emerged: Saloio in an initial phase, and Santa Maria later on. The Saloio brand is a representation of the local people who, like Manuel da Silva Torrado, took their best agricultural products from the region surrounding Lisbon to sell in the capital.

After creating the packaging and new brands, these had to be disseminated and promoted in new markets. This task was carried out by Portuguese emigrants who took our olive oil abroad. This made Saloio one of the most well known and widely consumed olive oils in countries all over the world where Portuguese communities settled, thus making it a symbol of Portugal. 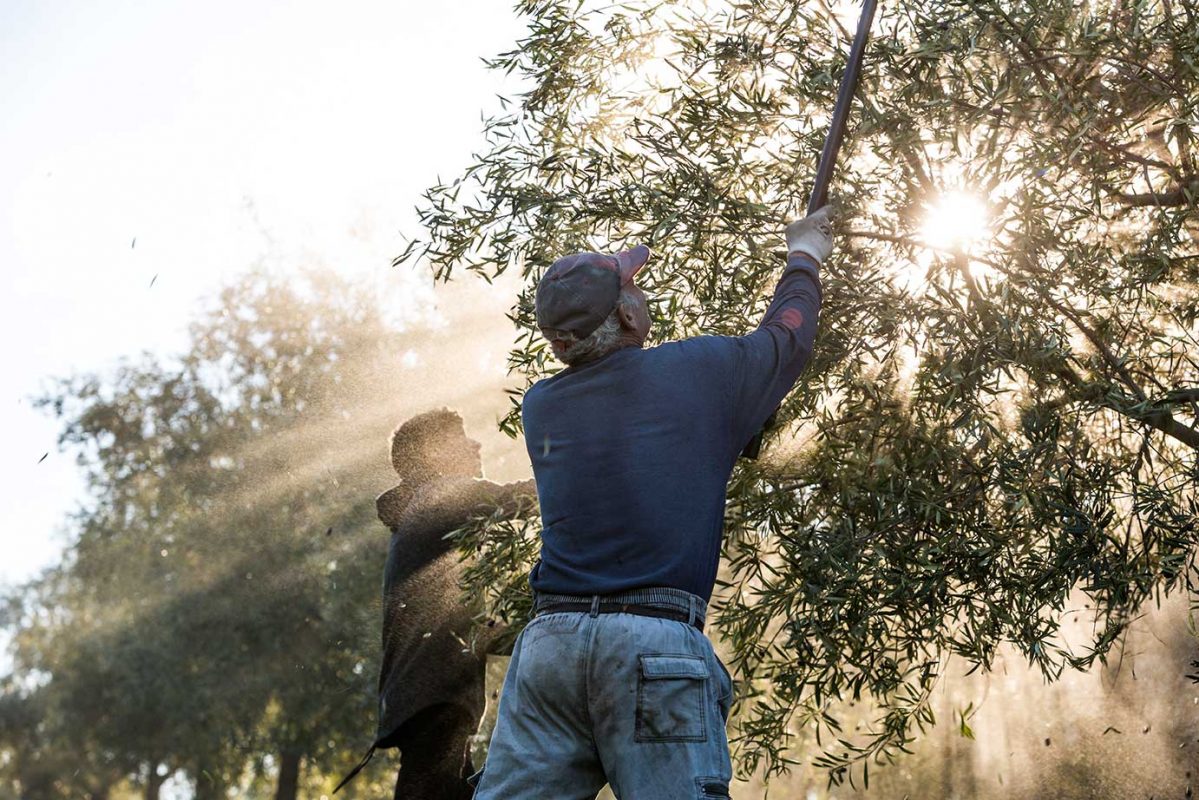 This extensive olive oil production and sale operation results from a family legacy that binds the three shareholders, and originates from hard work and great passion, dedication and commitment to produce the best olive oils in our country.

From the beginning, the company’s core business was always the olive oil trade, and it is currently one of the most established firms in foreign markets, namely Canada, the USA and Brazil, where it has a substantial market share. Along with its core business, the company developed in other fields, such as rice mills and canned goods trade.

In 1997, restructuring of the company and shareholders, which involved an exchange of shares, resulted in the current shareholder framework: Rui Norte dos Santos with 33.33%, Fernando Marques with 33.33% and the firm InvesLopes, S.A., with the remaining 33.34%. These are also the partners of Sociedade Industrial e Comercial de Azeites – SICA.

Commercially, SICA owns the trademark of the Triunfo brand, which is sold by Emst along with the brands Saloio and Santa Maria.

The company SICA was founded in 1942 and has since then focused on producing, refining and packaging olive oils. Setting up its first premises in the centre of Estremoz, it moved to the Arcos Industrial Zone (outskirts of Estremoz) in 1999.

More recently, in 2015, for strategic reasons, the group acquired a new production mill in the town of Serpa (Lower Alentejo), thereby moving closer to some of the largest olive groves in the country. By relocating to this region, the company gained access to a greater volume of olives, and especially to new olive varieties, which enables us to develop new and better olive oils.

The company SICA is also certified by the norm ISO 9001:2015 for “Olive oil extraction, and packaging and sale of olive oils and edible oils”. 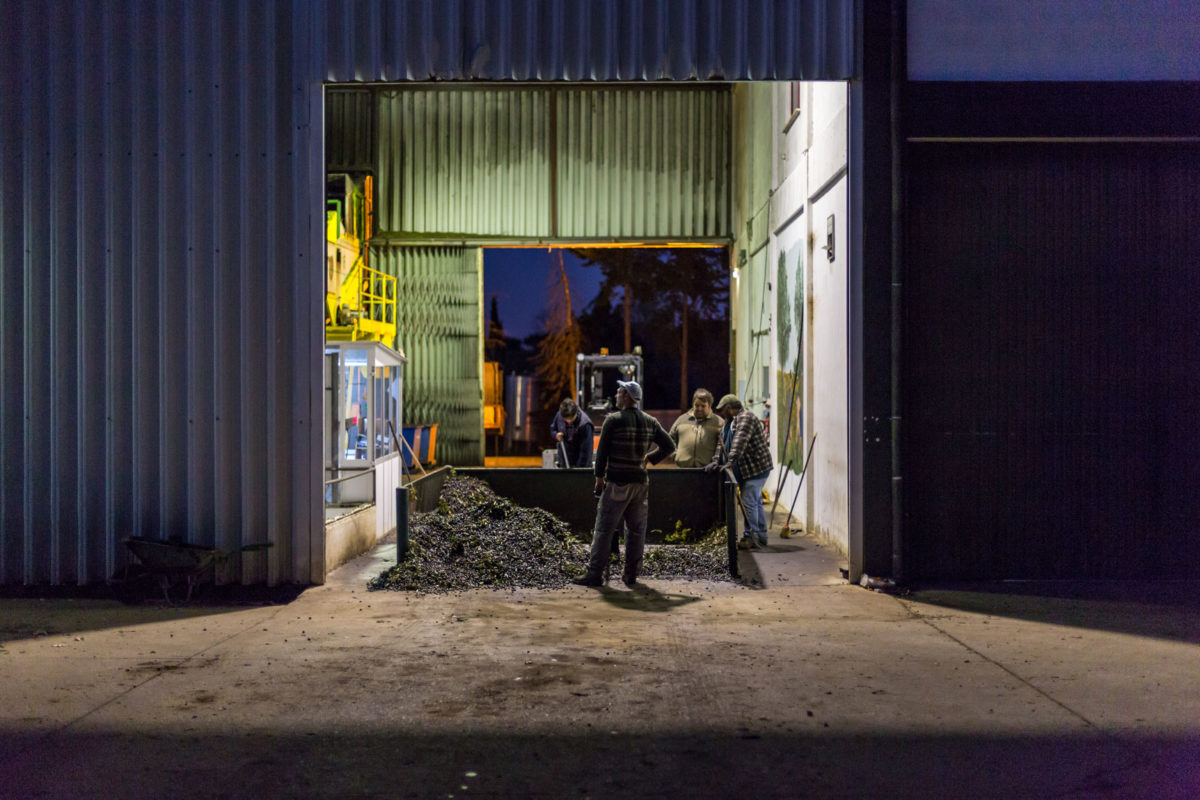 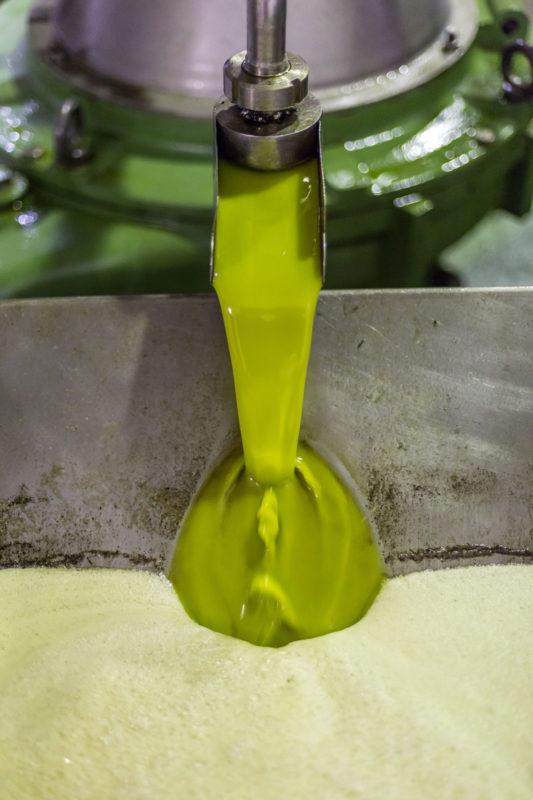 The olive oil sold by EMST is essentially produced at our facilities in Estremoz and Serpa.

The first mill was located in Estremoz, in 1942, at Rua de S. João de Deus, in the city centre. Until 1999, all of the company’s activity was carried out at this address, from production, to refinery, to packaging. In 1999, the board faced new demands and challenges, feeling the need to expand. These new needs led to the decision to relocate to the Arcos Industrial Zone. In these large premises, SICA developed its new production mill comprised of an automatic olive washing, cleaning and weighing system with a capacity to store 150 tonnes of olives, as well as a two-phase continuous system and storage capacity for 500 tonnes of olive oil. This mill complies with all norms demanded by the Portuguese and European Community authorities. It has a maximum production capacity of 120 tonnes of olives in 24 hours, which enables the facility to reach 5 thousand tonnes of olive oil per harvest, and this capacity can easily be doubled. The premises also include a holding tank for cleaning water.

In terms of packaging and warehousing, these premises have three tin packing lines and two bottle packing lines. These modern packing lines enable the company to supply its customers with various capacities stored in plastic bottles, glass bottles and metal cans.

This same address also contains all of the departments associated with production and packaging operations.

In the newer facilities in Serpa, SICA has an automatic olive washing, cleaning and weighing system with a capacity to store 200 tonnes of olives, as well as a two-phase continuous system and storage capacity for 1000 tonnes of olive oil. This mill complies with all norms demanded by the Portuguese and European Community authorities. In this mill, the company has two production lines that can reach a maximum production capacity of 200 tonnes of olives in 24 hours, which enables the facility to reach 10 thousand tonnes of olive oil per harvest. The premises also include a holding tank for cleaning water.

SICA currently has an olive collection point in the Algarve – São Bartolomeu de Messines – where it gathers olives from several small local producers and transports them to one of the company’s production mills. 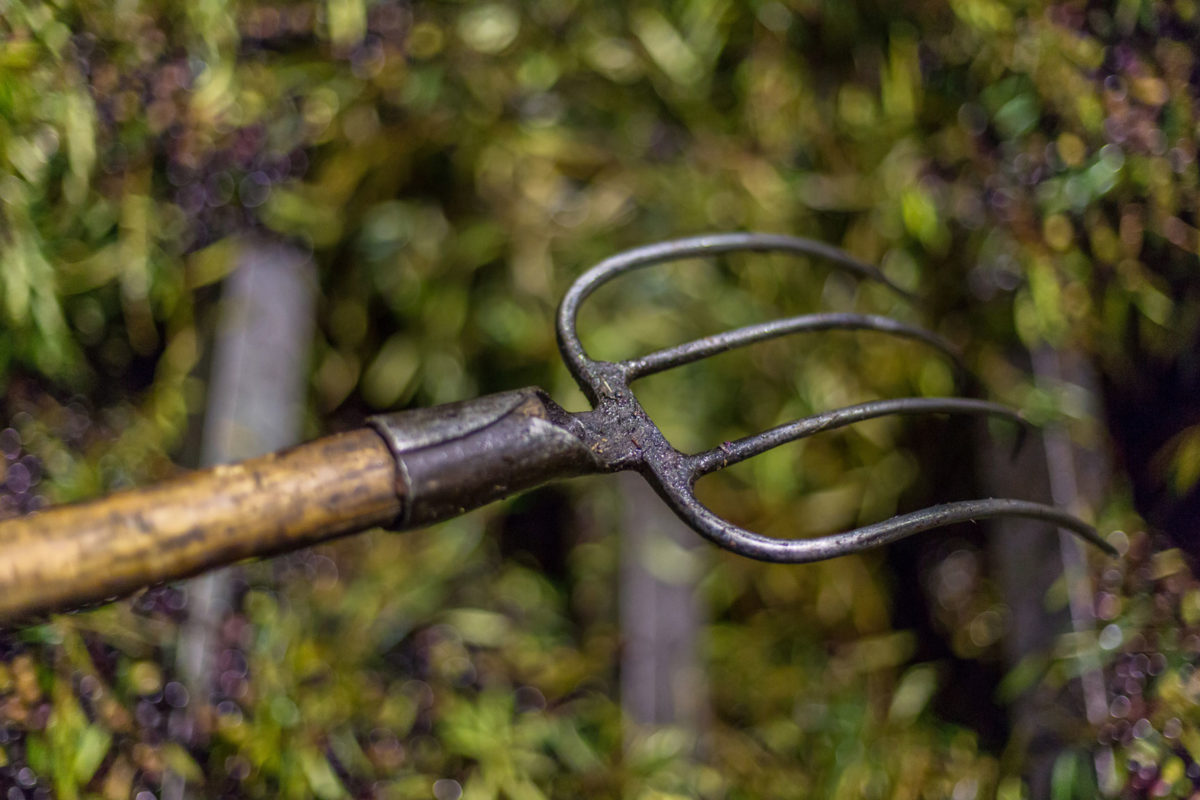 Olive oil production usually begins in the last quarter of each year and lasts 3 or 4 months, until the beginning of the following year.

Olive oil is the naturally synthesised fat olives produce as a reserve substance, helping ensure the multiplication of the species. It provides the necessary energy during the period when the olive, once released from the parent tree, will germinate and produce a new plant. Olive oil is obtained from the olive using only mechanical and physical processes and in temperature conditions that do not alter its properties. To produce a quality olive oil, whole, healthy and ripe olives should be used.

Part of the materials thus separated are olive oil, which is stored and preserved, the other part is the remaining pomace and vegetable water. 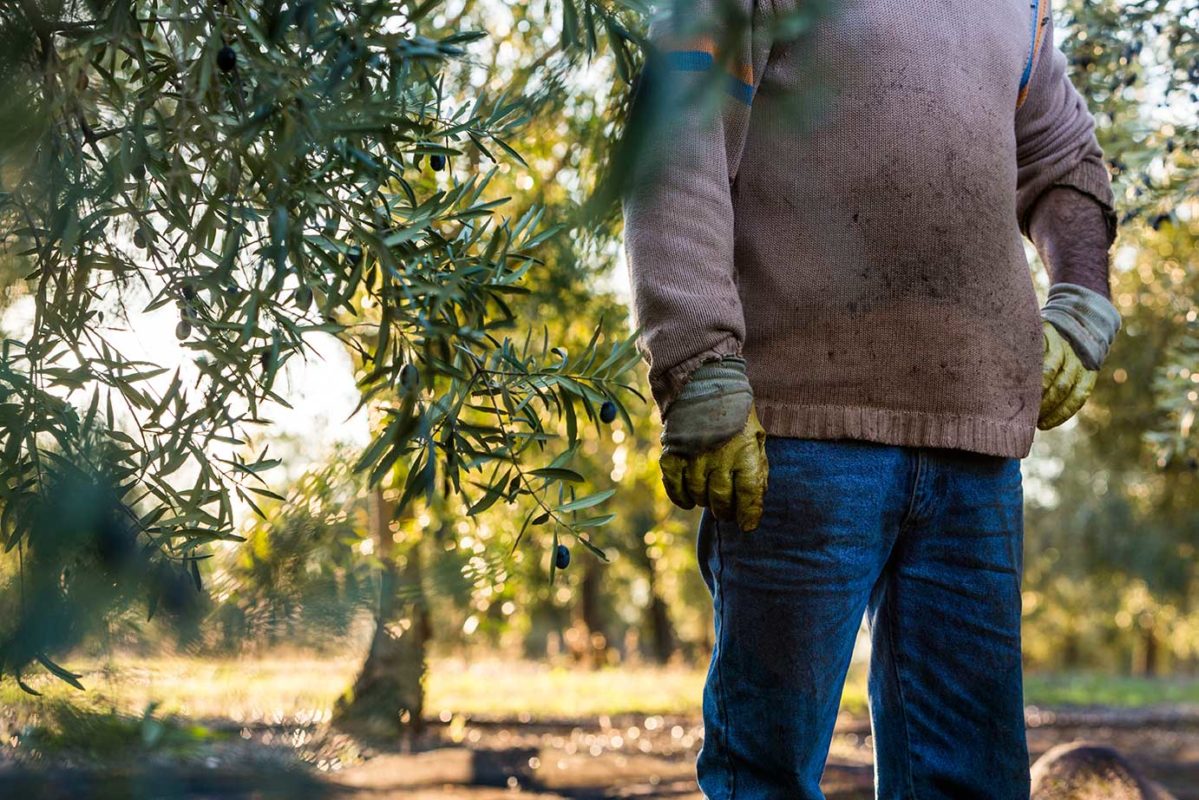 There are three types of olive growing:

Traditional Olive Grove
Trees planted with wide spacing – usually more than 7×7 m – 60 to 200 trees per hectare – and can be maintained dry or irrigated. This is the traditional system, used for several centuries, and it still represents most of the olive grove area in Portugal. Entry into production may take 15 to 20 years, and some productive olive groves are more than a century old.

Intensive Olive Grove
Trees planted with tighter spacing – 285 to 415 trees per hectare – with irrigation. Usually becomes productive 5 to 7 years after planting, and may produce for several decades.

Super Intensive Olive Grove
Trees planted in hedges, normally with a density between 900 and 1200 trees per hectare. These are irrigated and enter production 2 to 3 years after planting. The oldest known olive groves planted using this system rarely last more than 20 years. 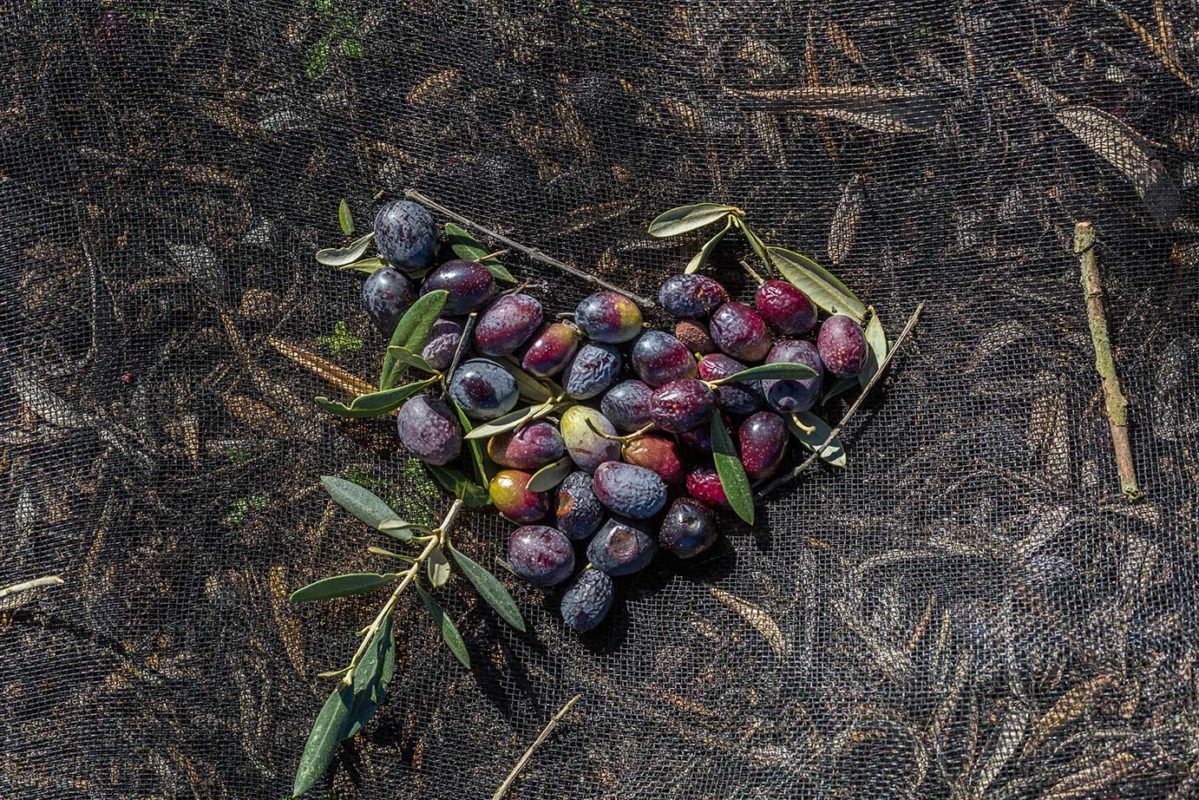 In terms of olive varieties, our olive oil is comprised essentially of the most common varieties in the Alentejo. Among these we note: Galega, Cobrançosa, Cordovil de Serpa and Verdeal Alentejana. Aside from the native Alentejo varieties, we also have olive oils produced using Arbequina, Picual and Maçanilha olives.

Source of informations and images: emstorrado.pt 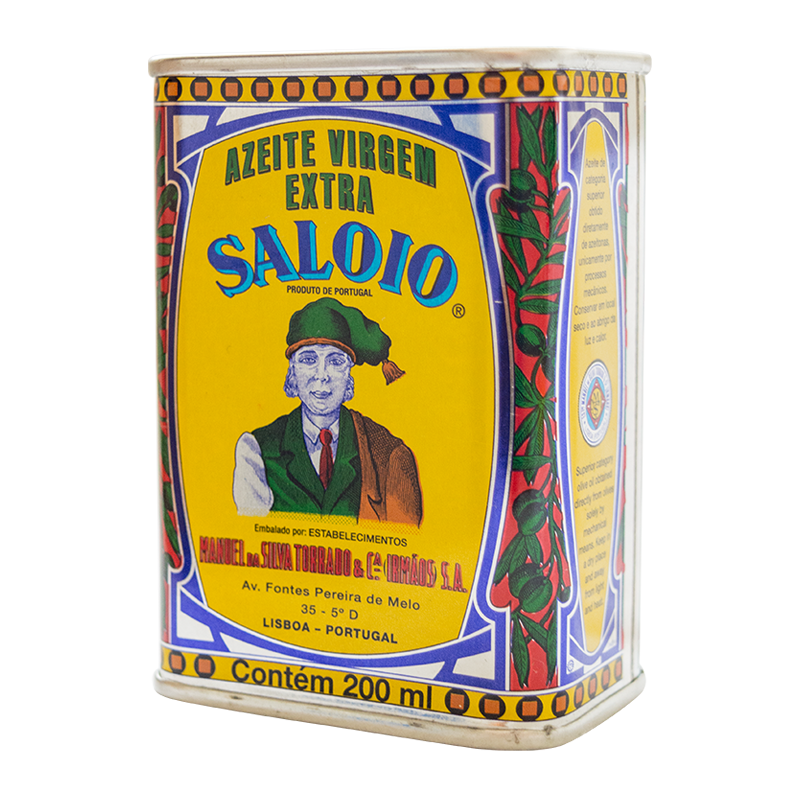 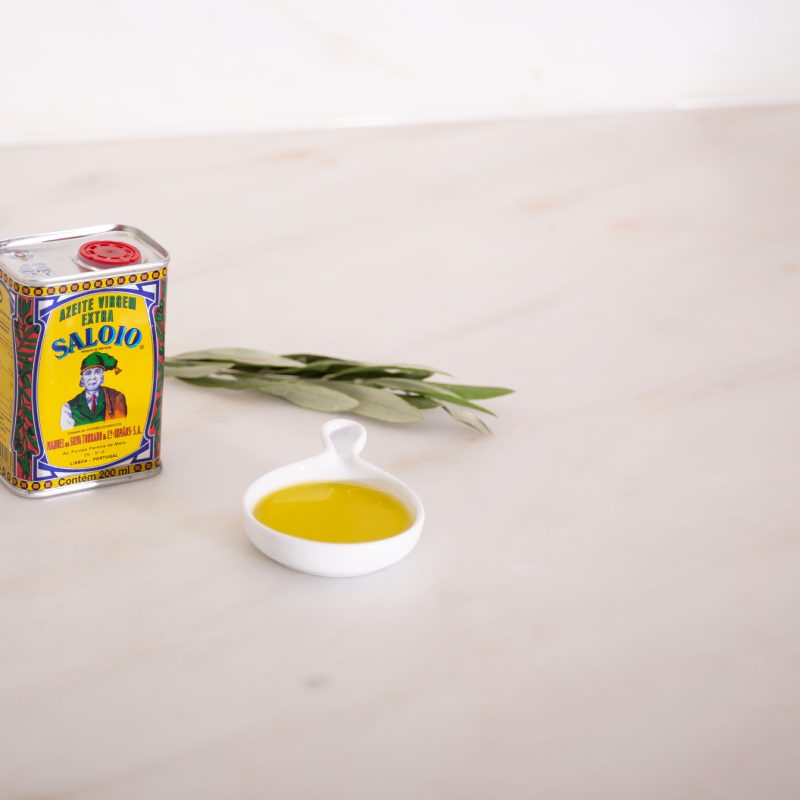 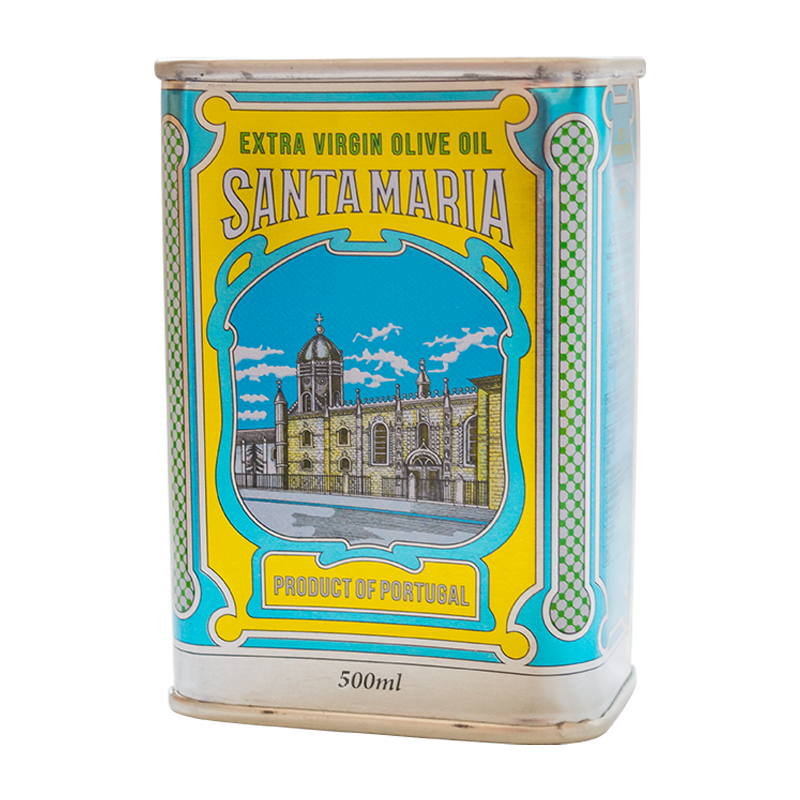 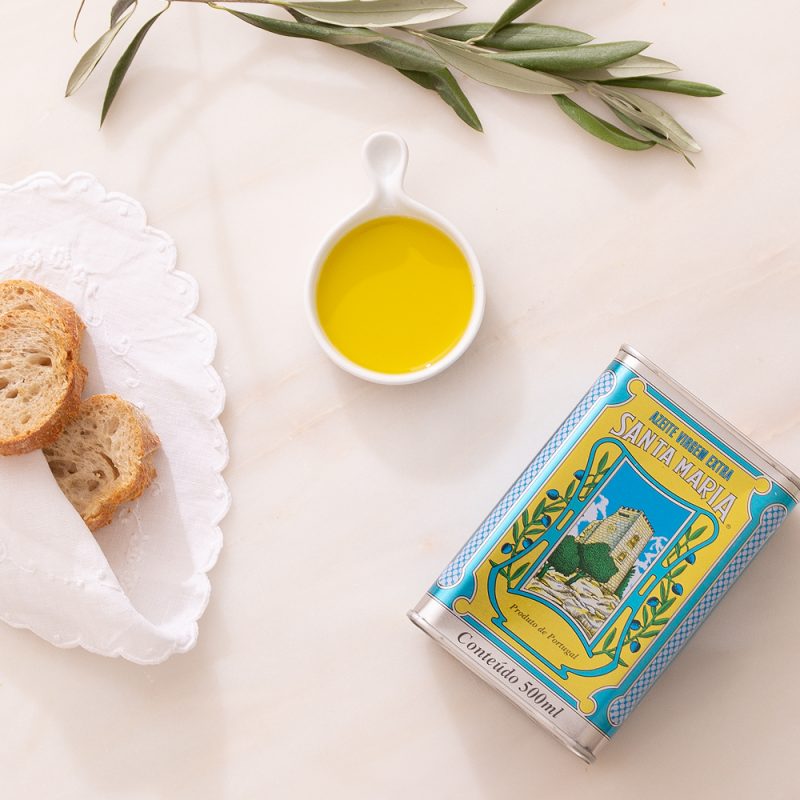 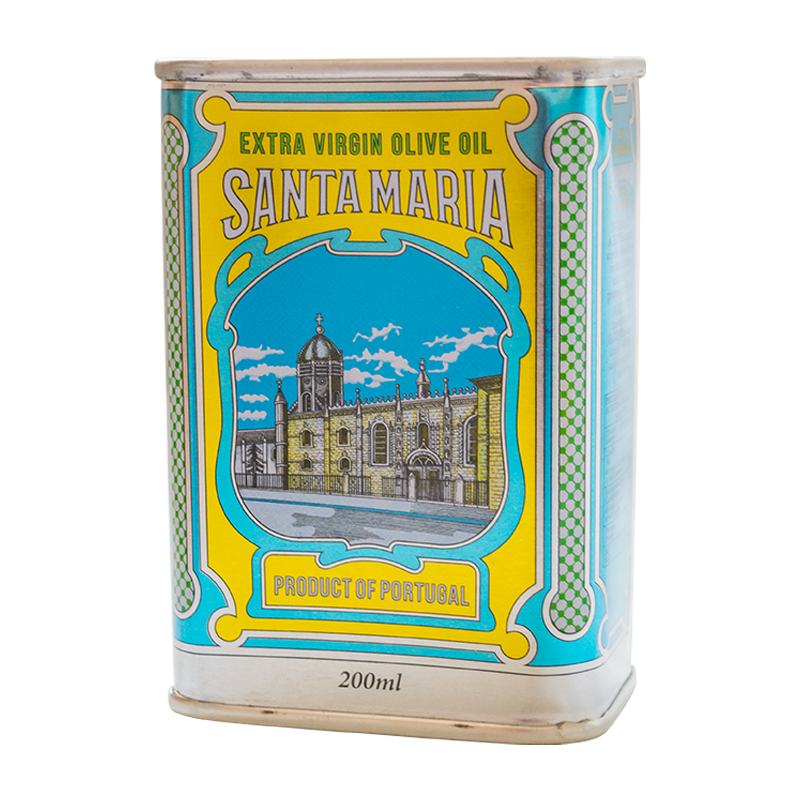 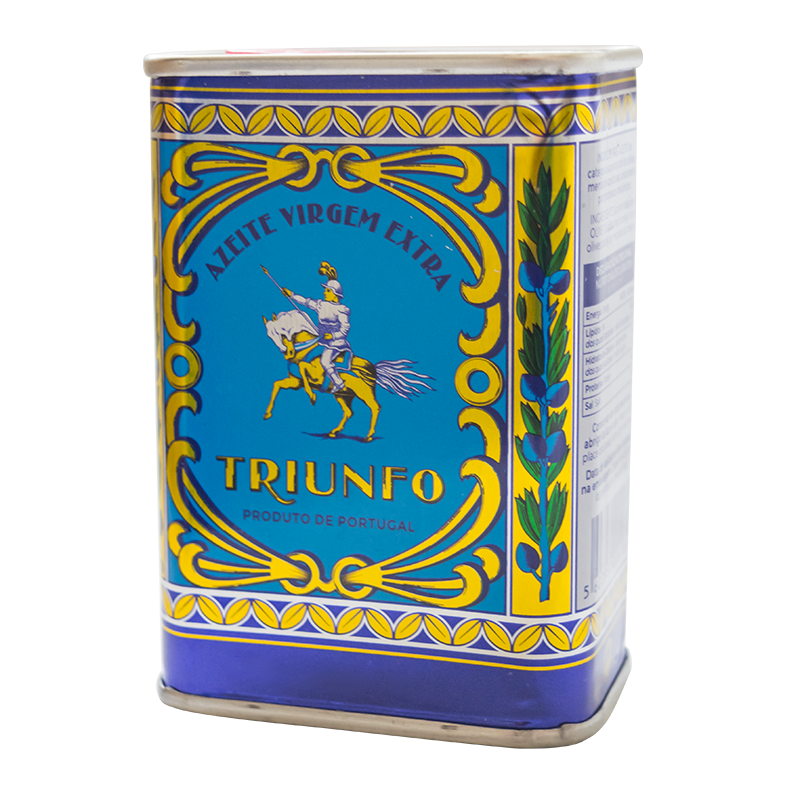 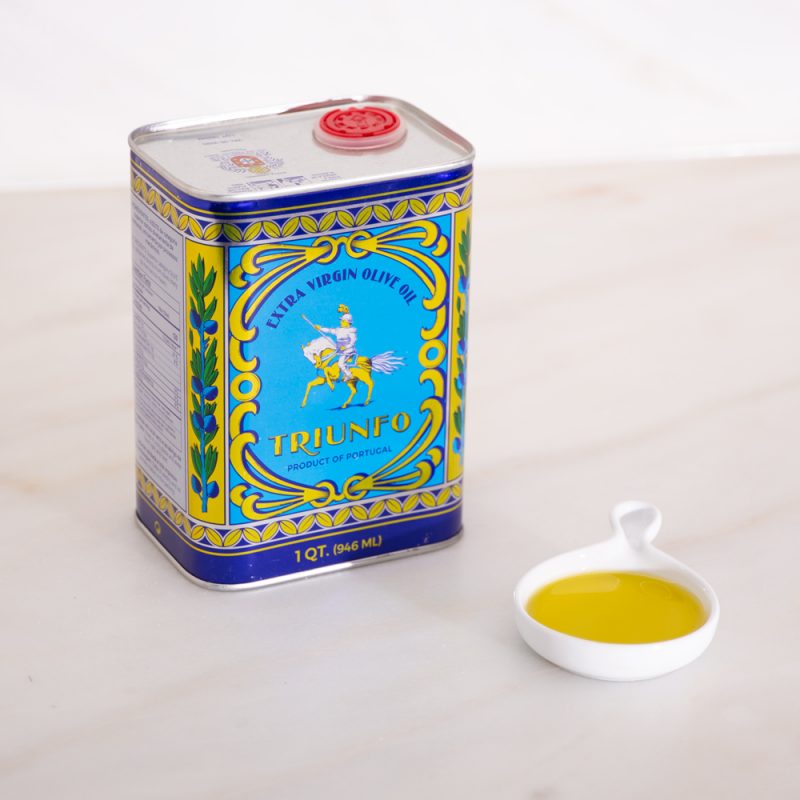 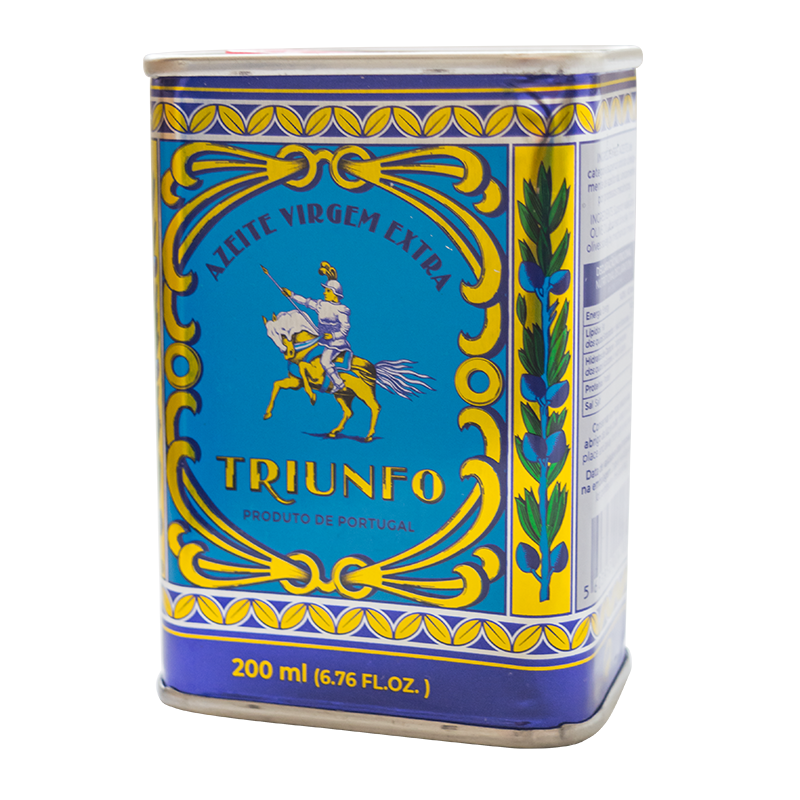 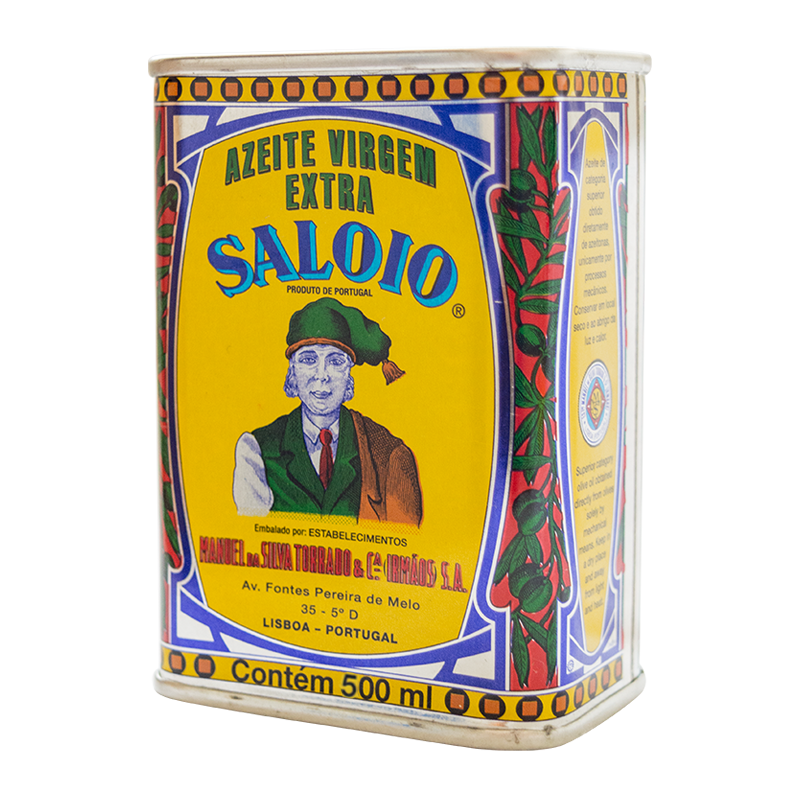 9,69 €
Add to Cart
We use cookies on our website to give you the most relevant experience by remembering your preferences and repeat visits. By clicking “Accept All”, you consent to the use of ALL the cookies. However, you may visit "Cookie Settings" to provide a controlled consent.
Cookie SettingsAccept All
Manage consent