Best of the Azores and traditional handmade preserves 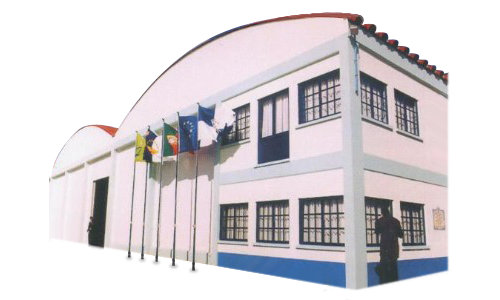 Heir of an old cannery tradition of the São Jorge Island, Santa Catarina’s factory brings to your table the best tuna prepared according to artisanal methods used by the old cannery masters.

The canning industry exists in Vila da Calheta de São Jorge, since the 40s of the last century, having been reactivated by the City Council of Calheta, with the foundation of Santa Catarina – Indústria Conserveira, SA, on April 5, 1995. In 2009, the company was acquired by the Regional Government of the Azores, through Lotaçor – Serviços de Lotas dos Açores, SA, after having spent a period in the hands of the local business group “José Leovigildo”.

The Santa Catarina factory is located by the sea, in Fajã Grande in the village of Calheta, on the island of São Jorge, in the Azores archipelago.

It is a company dedicated exclusively to the manufacture of canned tuna, which strives for quality, combining technology with ancient artisanal methods, and the factory is currently the main private employer on the island of São Jorge, with 139 employees, 19 of whom are male and 120 females. For a so-called small island or an island on the outskirts, the number of jobs it has created is significant, which is why it contains an authentic project of social responsibility.

Santa Catarina preserve is made with tuna fished using the Pole and Line method (craft fishing with cane), a method that selects the best specimens, safeguarding the preservation of the species and respecting the marine ecosystem, protecting the dolphins, which earned it for the certifications “Dolphin Safe” and “Friend of the sea” are part of the non-governmental organization Earth Island Institute, being the first tuna fishery in the world to obtain these awards; a true example of sustainability.

This young industry bet on quality, essentially working fresh tuna, fished in the Azores sea, which is then transported to the factory where it is cooked, cut/trimmed and placed in cans, all by hand, where the seasonings are then added (olive oil, water, vegetable oil), sealed the cans and ready for commercialization. 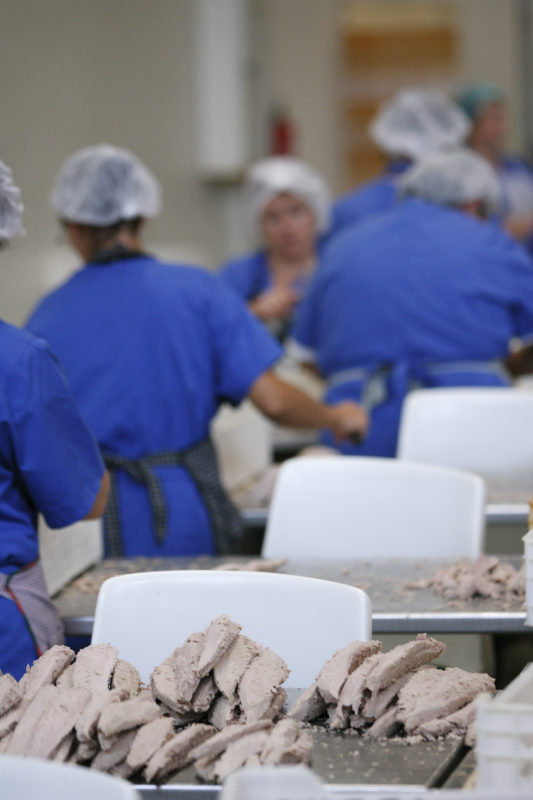 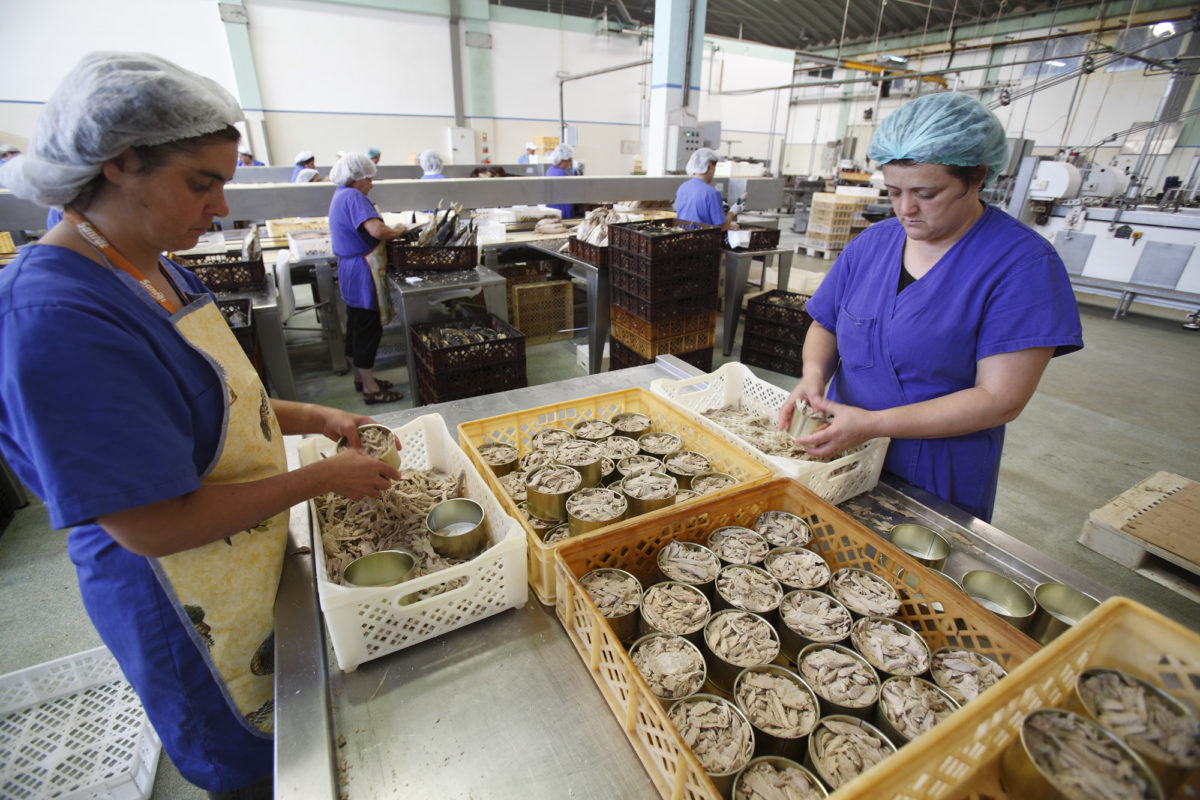 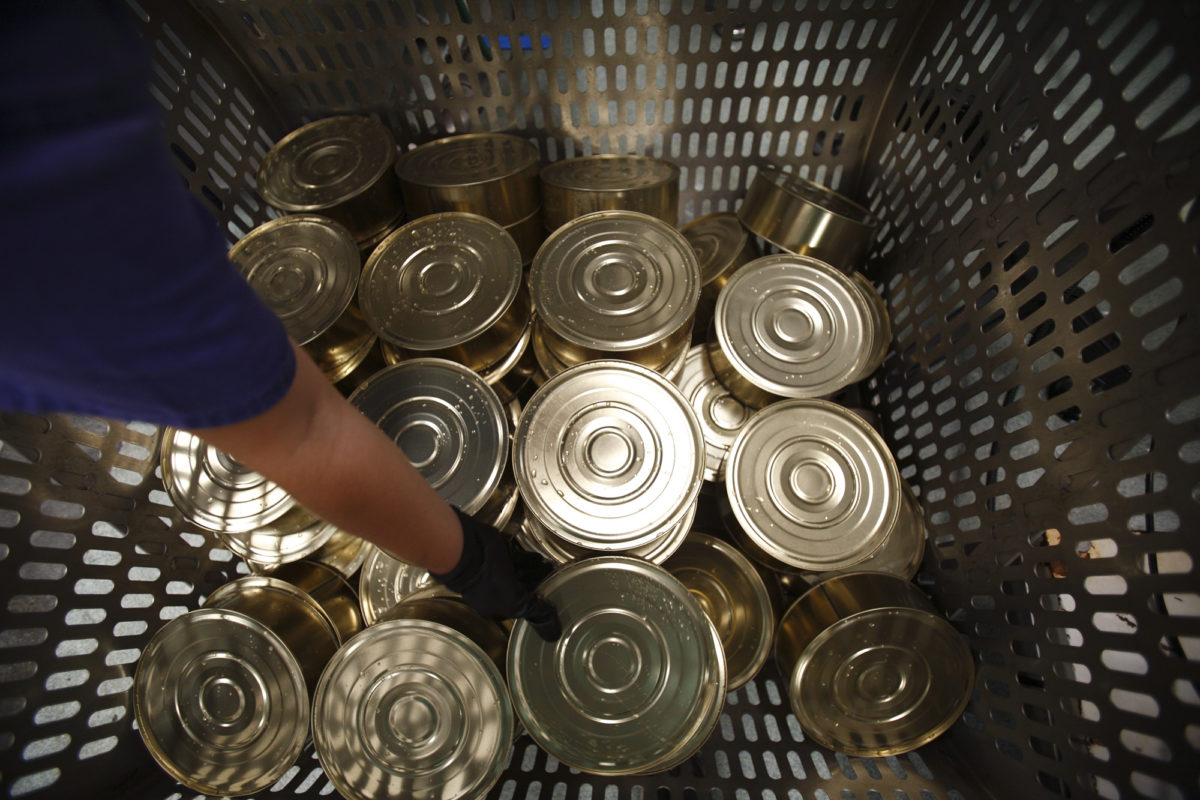 Santa Catarina has a daily working capacity for 12 tons of fish. Annual production is around 2500 tons, which is more than 7 million cans every year, which are sold in the regional, national and international markets. In terms of exports, 80% of the products are shipped abroad. England and Italy represent half of annual sales. At the moment, the brand is entering the Asian market and has already introduced Santa Catarina preserves in Macau and Japan. 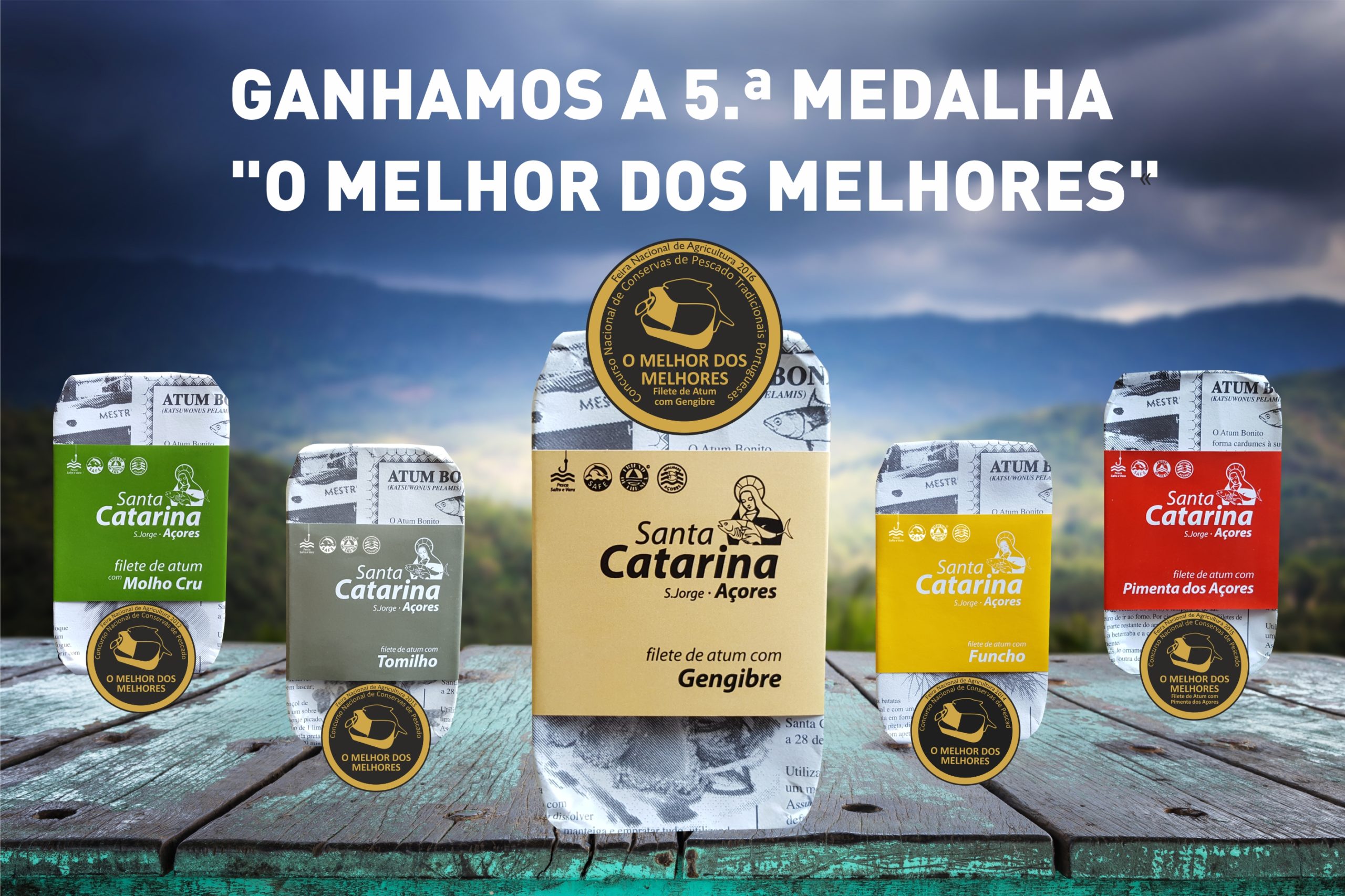 The global trend towards the exploitation of tuna by large commercial fleets is countered in the Azores by a commitment to quality over quantity.

The tuna fish is caught on the Azorean sea, using the Pole and Line method (1 man, 1 fishing rod, 1 fishhook, 1 tuna fish) without any sort of predatory activity, being the only fishing method to be considered Dolphin Safe and environmentally sustainable. It is then manually laboured in Santa Catarina’s factory.

The tuna fish is manually laboured, as well as the peeling and preparation of all of the ingredients for the tuna paste, as well as filling the containers and labelling them.

Greenpeace has awarded the Santa Catarina Cannery the Most Sustainable Cannery in the World. 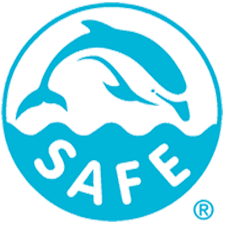 Santa Catarina holds the “Dolphin Safe” status granted by the “Earth Island Institute”, which ensures that dolphins are not caught or harmed in this fishery. Monitoring of these fisheries has been carried out since 1998 by the Azores Fisheries Observation Program, POPA.

All of our tuna pastes are manually laboured, without any kind of emulsifiers, sweeteners, preservatives or any sort of additives or technological aids. Thus, it’s basically a handmade product.

Its ingredients, such as the milk, onions, peppers, garlic, parsley, red pepper paste, etc., all have their origin on the Fajãs of São Jorge as well, where all of the ingredients on this recipe are grown and cropped. Once again, this is an exclusively handcrafted product, where the onions, garlic and parsley, are all manually cut with all the love and care of the São Jorge’s people. 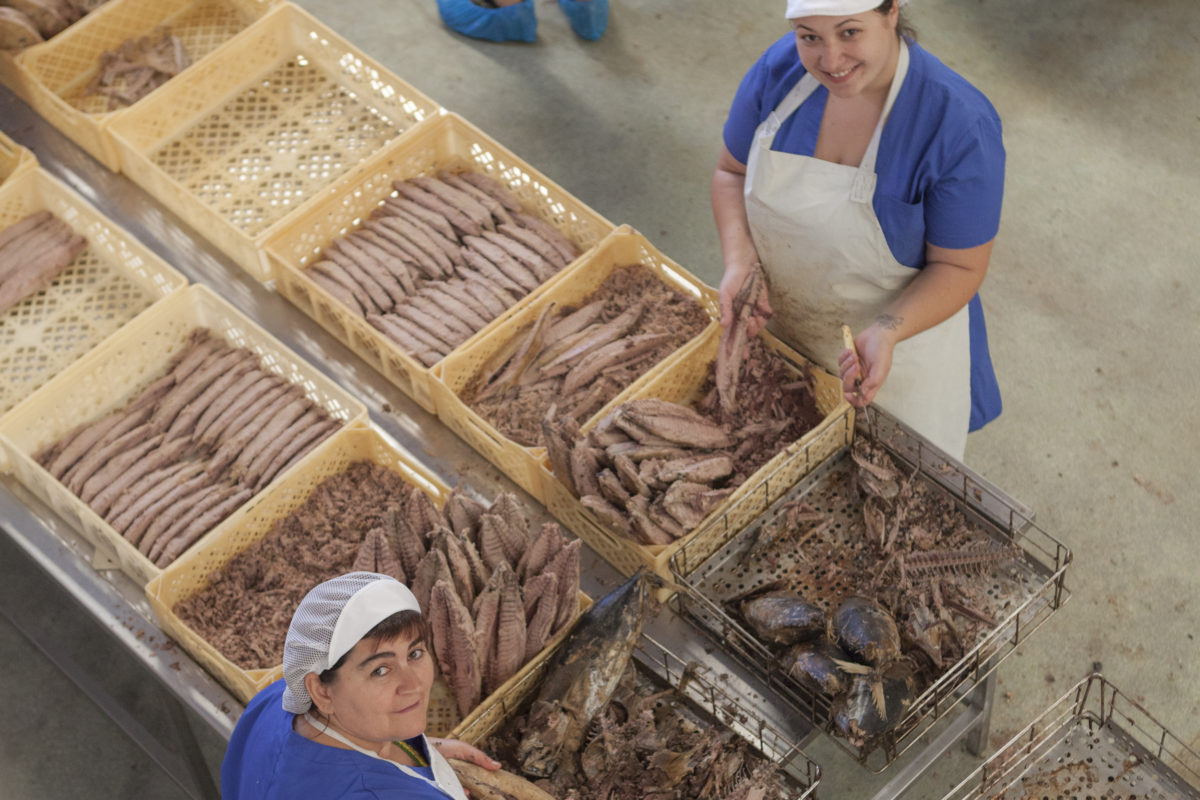 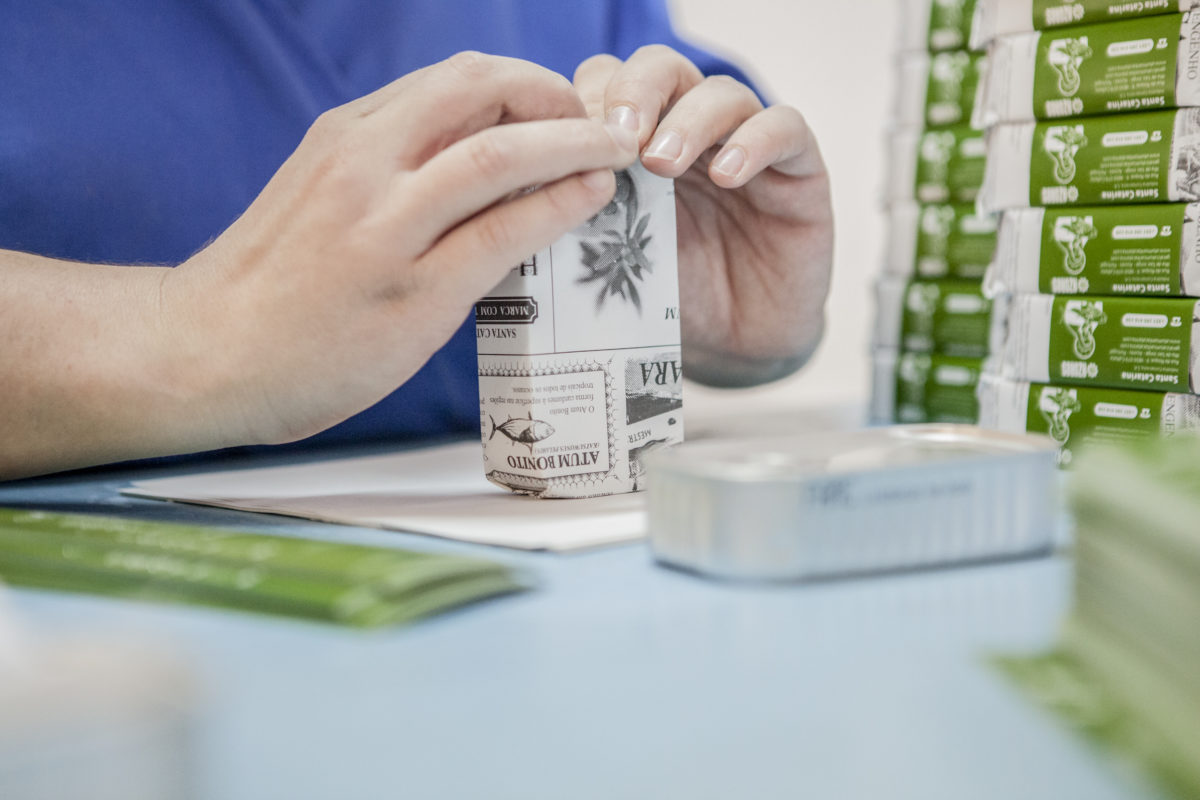 São Jorge has 8.000 inhabitants. Santa Catarina’s factory has a canning process that involves local resources and employs 120 women that would hardly find any other paying job on the island.

Women on the land…

On dry land, women dedicate themselves to processing the fish according to artisanal methods: hand washing, cooking, manual cleaning of skin, bones and dark tuna meat, separation of different parts of the tuna, and canning.

The bellies, the richest and fattest part of the tuna, give rise to the “Ventresca”, while the hand-worked backs become Fillets and Steaks.

Adding the technology and the best canning techniques to the tuna, it’s ensured the nutritive qualities and the best flavour. 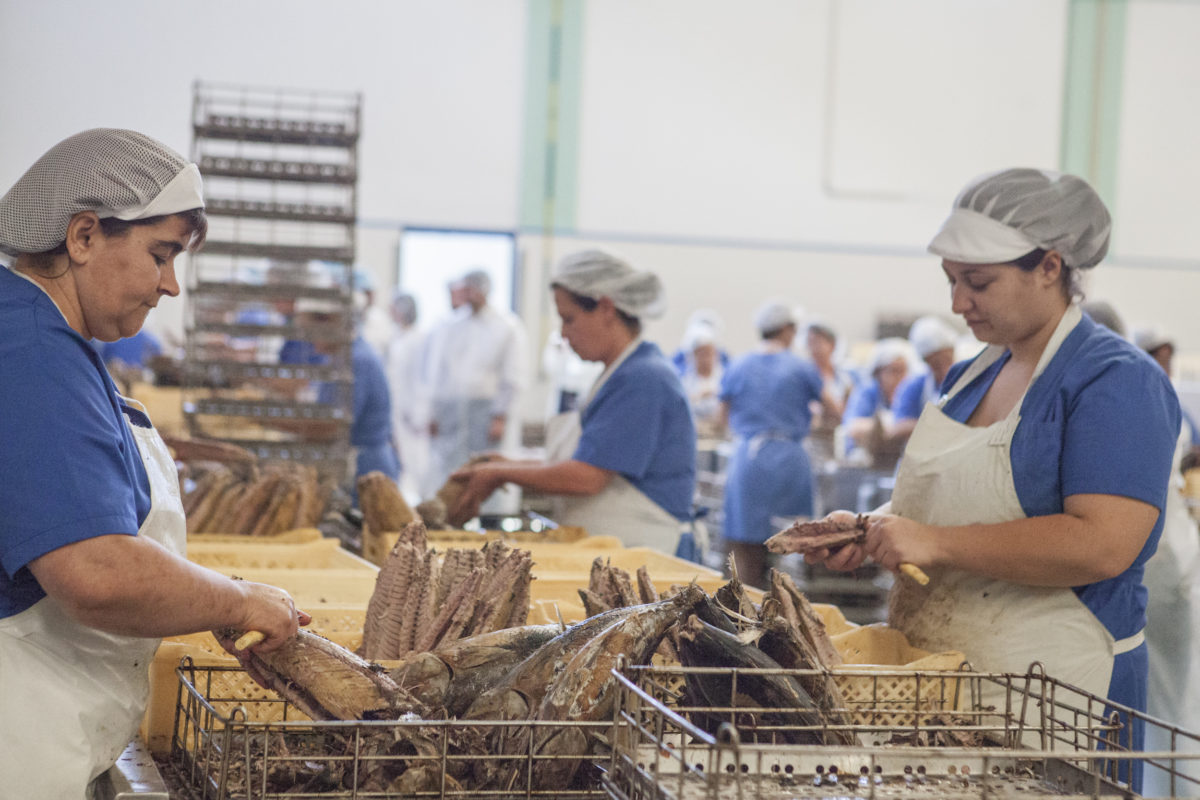 Meanwhile, at sea, men do the work. The century-old art of live-bait Pole and Line fishing involves the use of a technique that allows you to pull the fish on board, with one motion, making it drop. The bigger the fish, the harder the maneuver, and the experienced hands needed to win every battle. After all, this is a one-on-one duel, as opposed to trawling practiced by large commercial fleets.

Tuna fishing, in addition to respecting the marine ecosystem, has been employing, over many years, numerous families on the island of São Jorge.

All the preparation of tuna and preserves, made through the experienced hands of the island’s women, obeys the most ancient artisanal practices. It is this concern with quality that allows consumers to find in Santa Catarina tuna a product of excellence, with the unique flavor of the Azores sea.

Fishing “Salto e Vara” is a daily man and tuna duel. A fight that, by respecting the fish and its habitat, guarantees the subsistence of coastal populations that live off fishing, contributing to the economic dynamics of the island of São Jorge.

The administration of Santa Catarina Indústria Conserveira, SA has the objective and commitment of ensuring the quality, legality and food safety of the canned tuna it manufactures and sells, through the implementation of the FSSC 22000 reference.

The administration is committed to providing adequate resources for the implementation, maintenance and development of the system, publicizing it and demanding its compliance, through monitoring the quality and food safety objectives.

Source of informations and images: atumsantacatarina.com 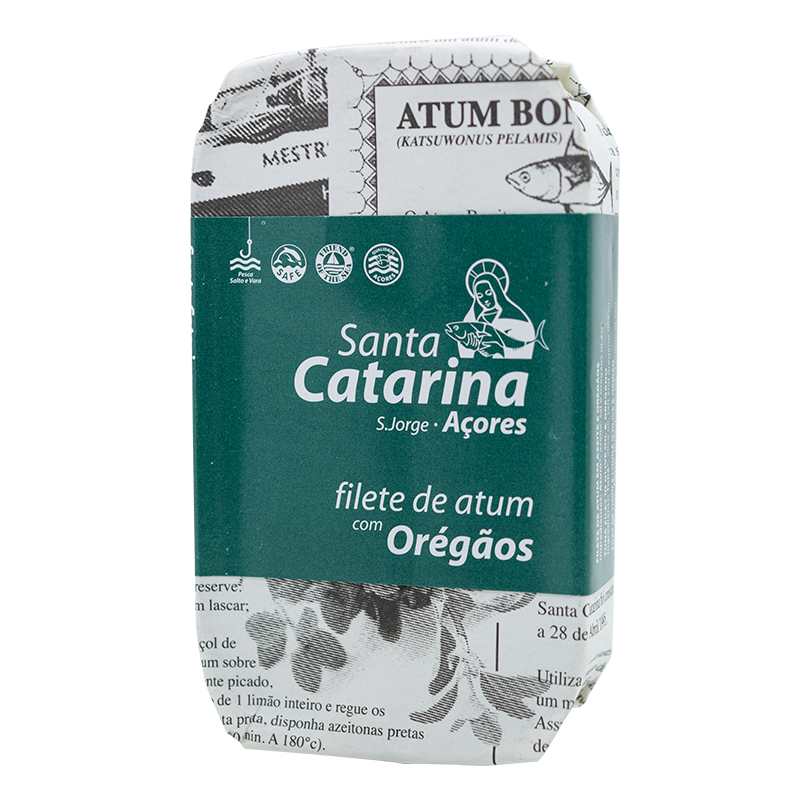 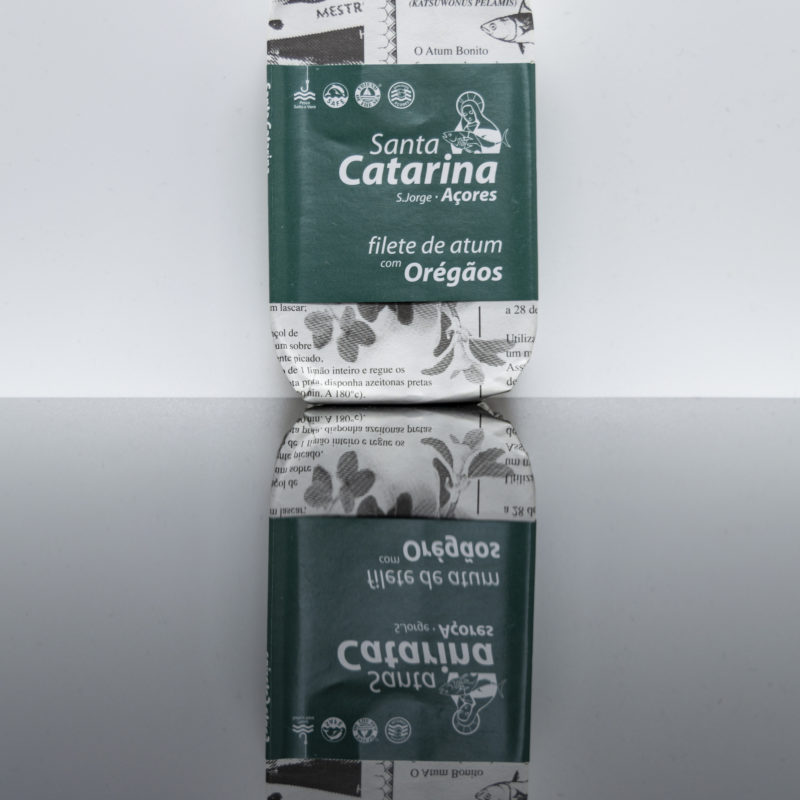 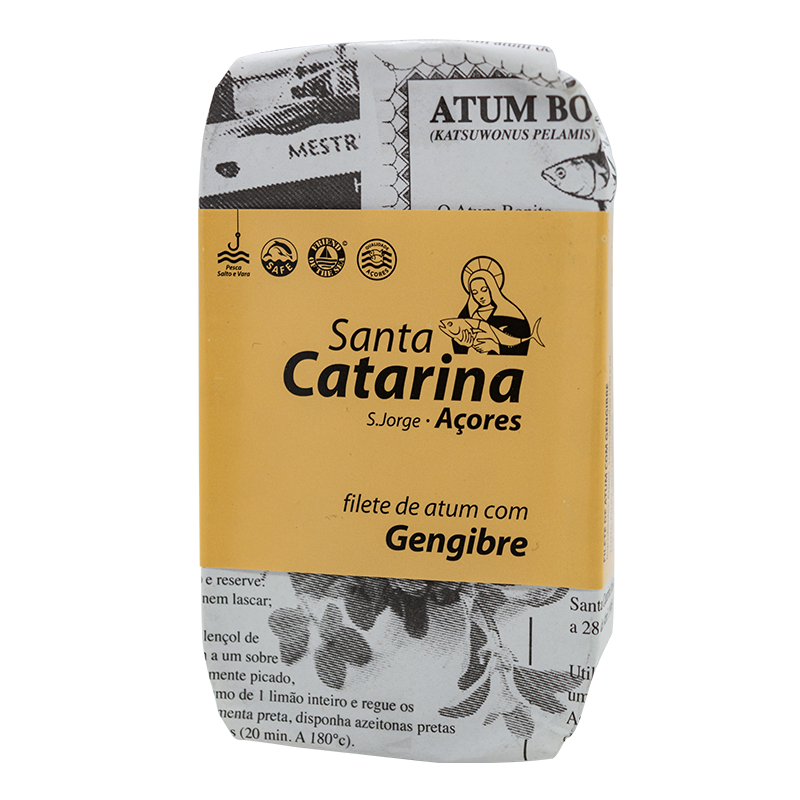 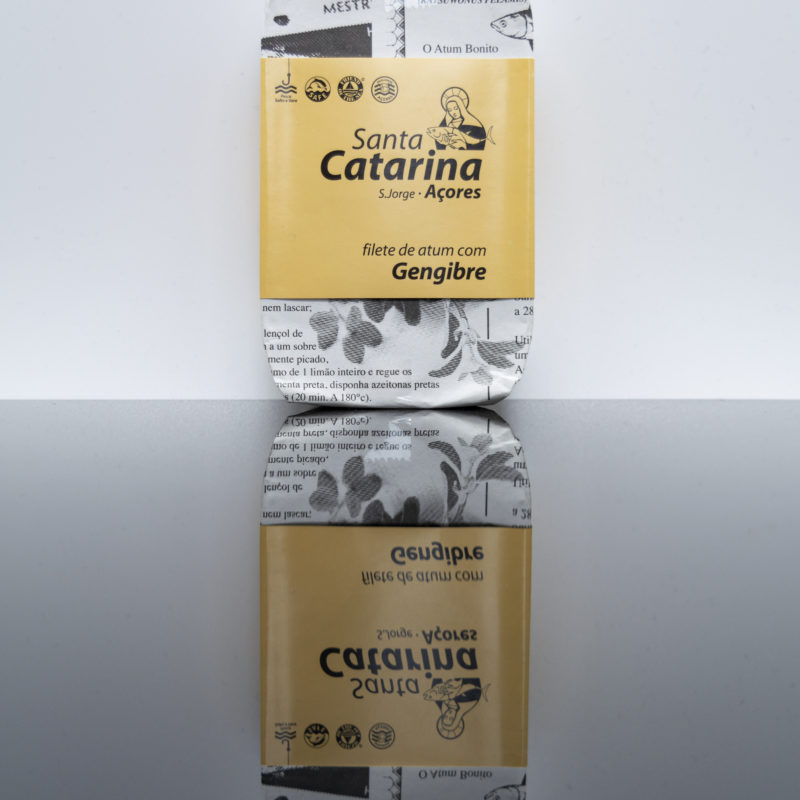 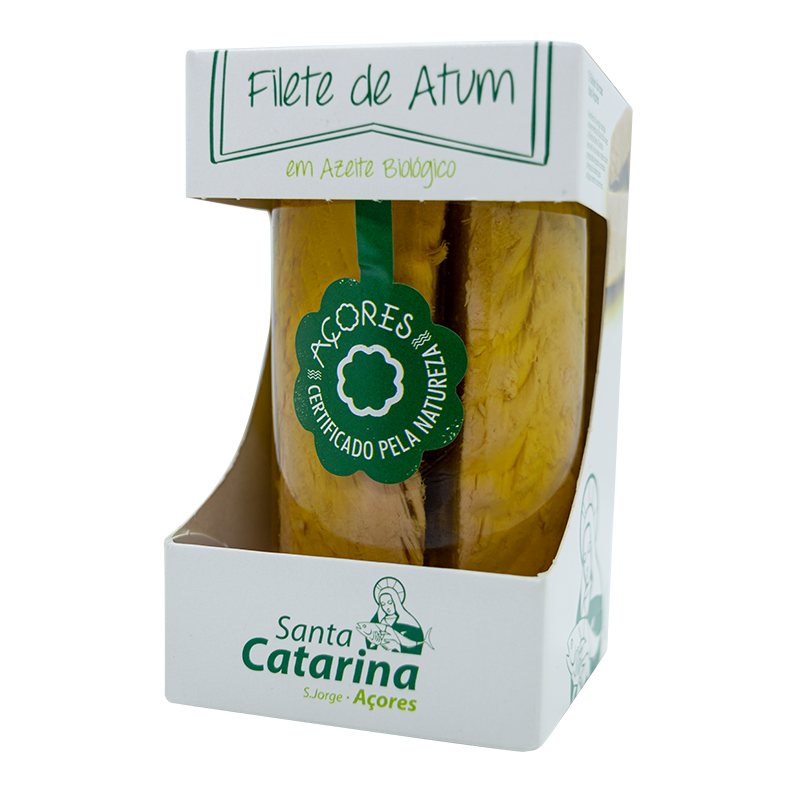 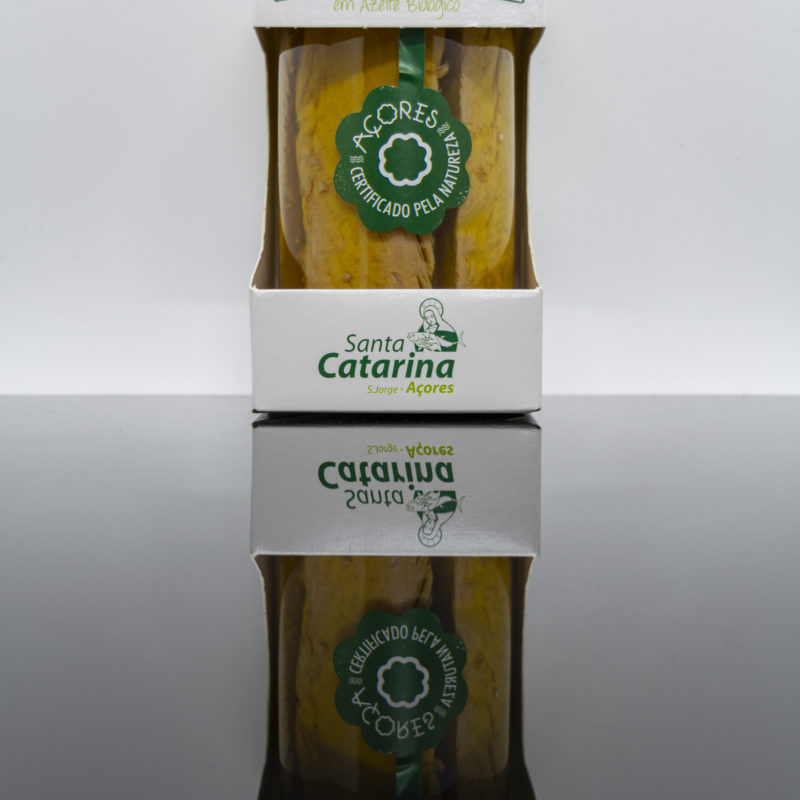 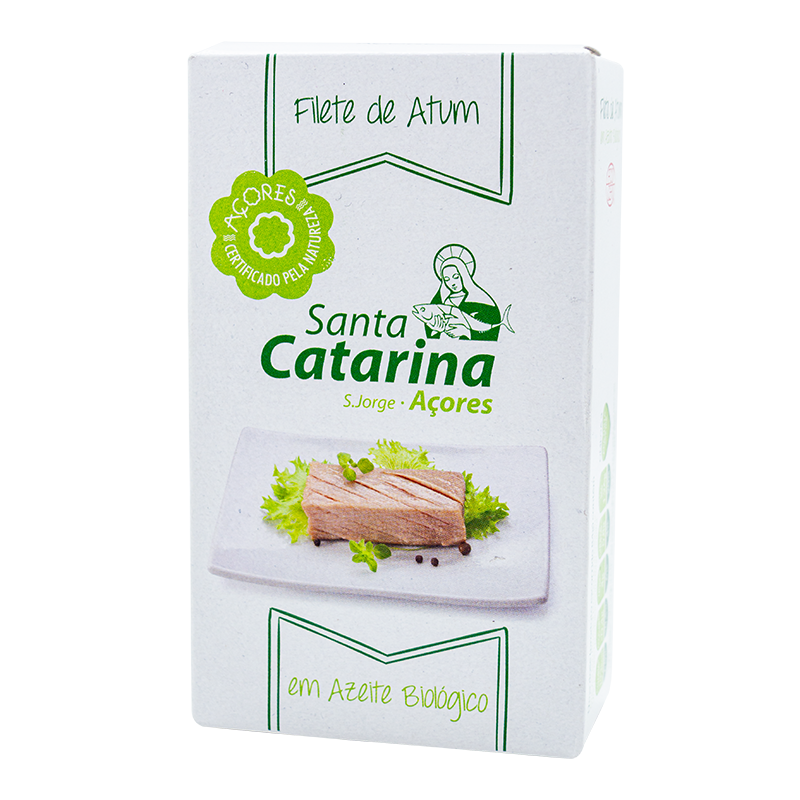 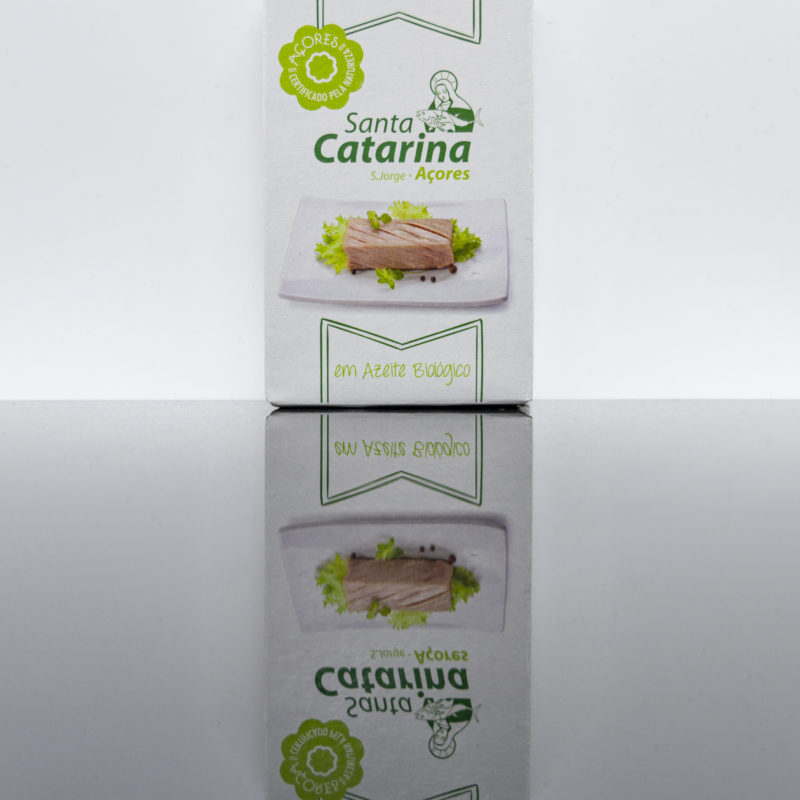 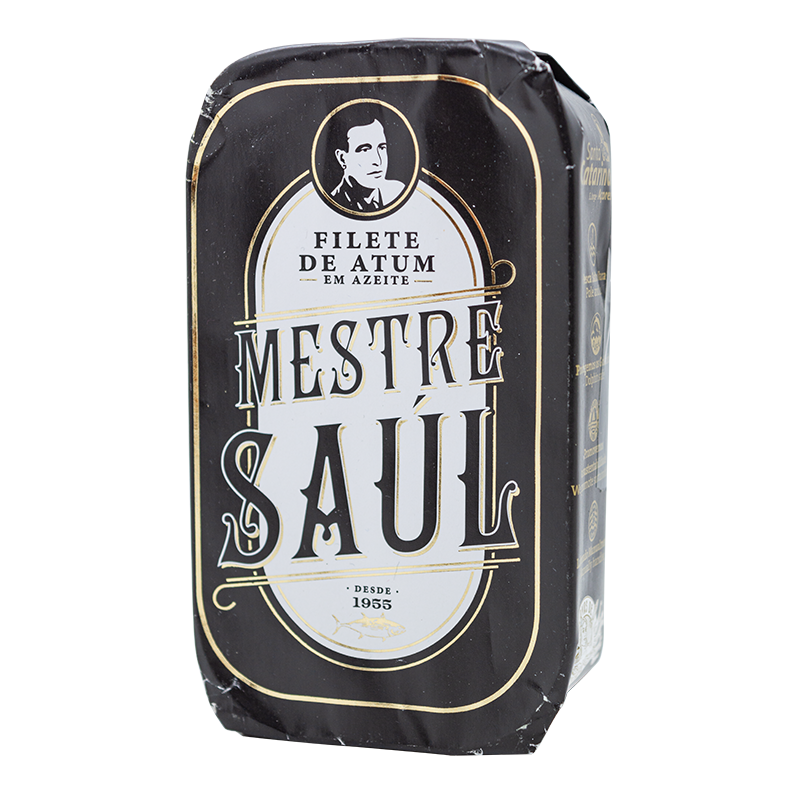 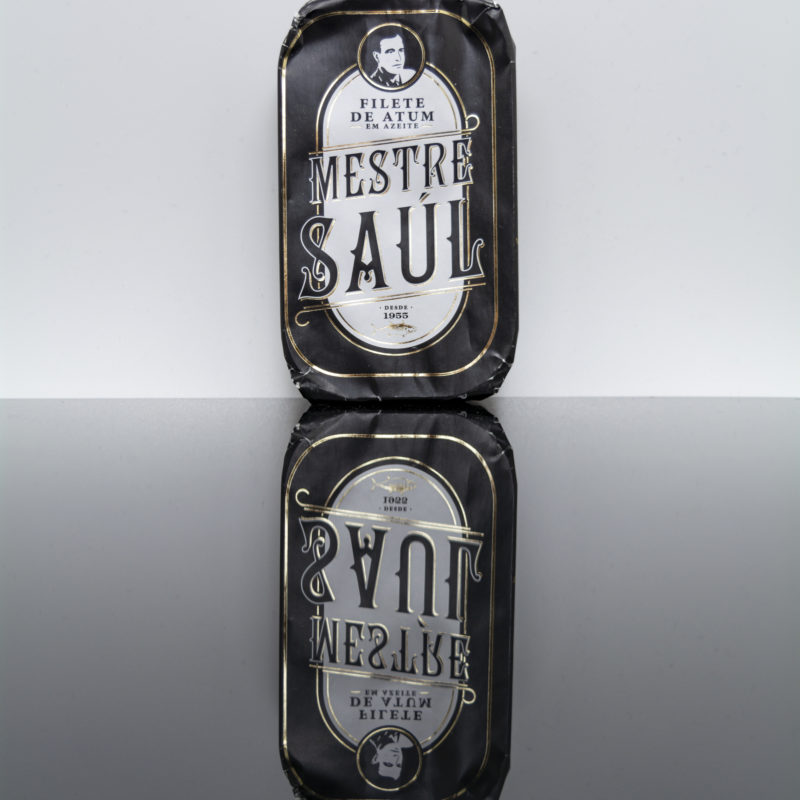 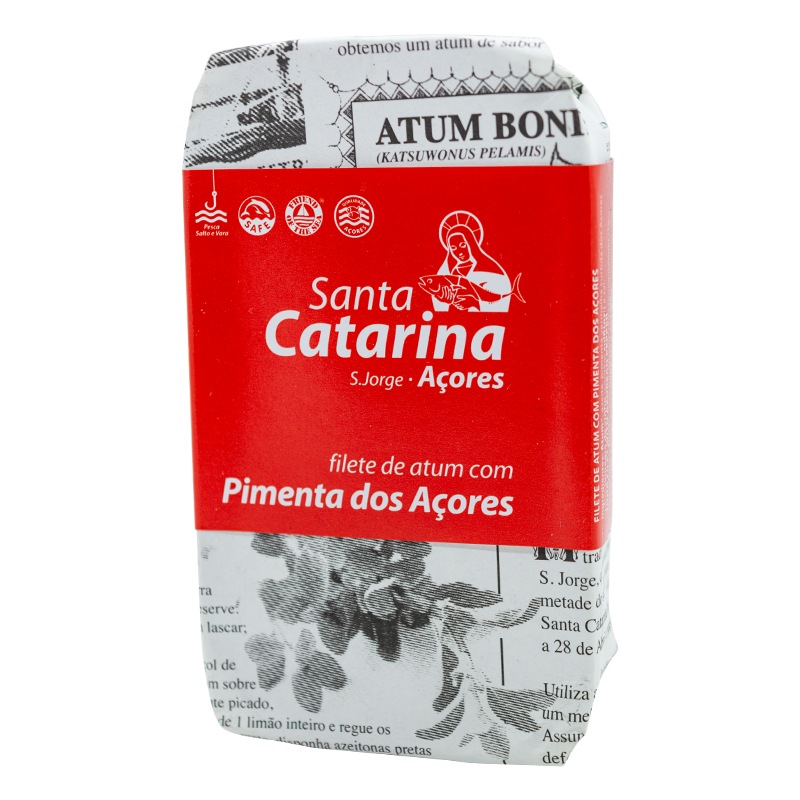 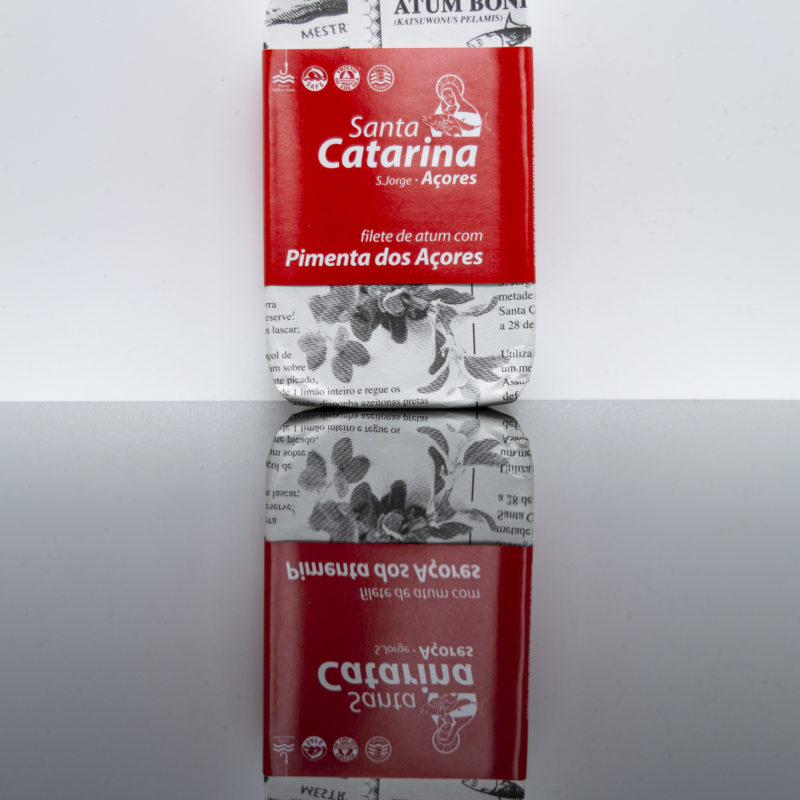 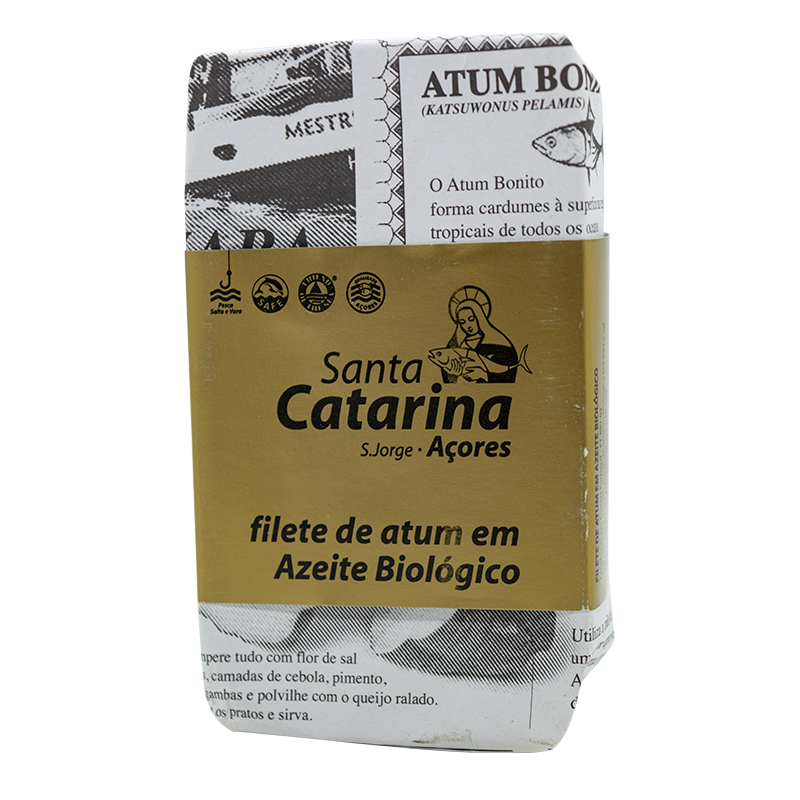 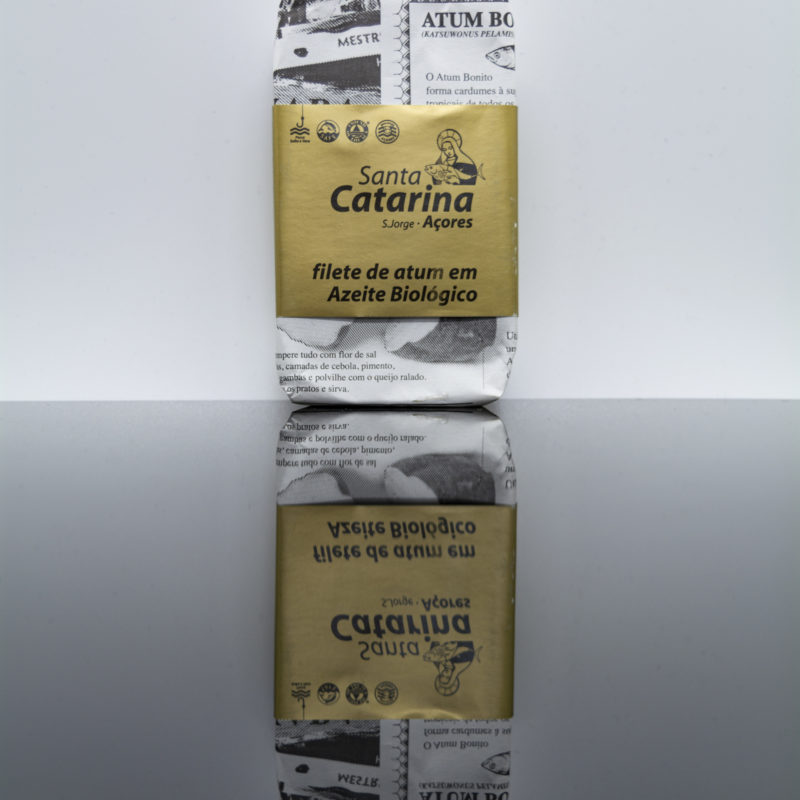 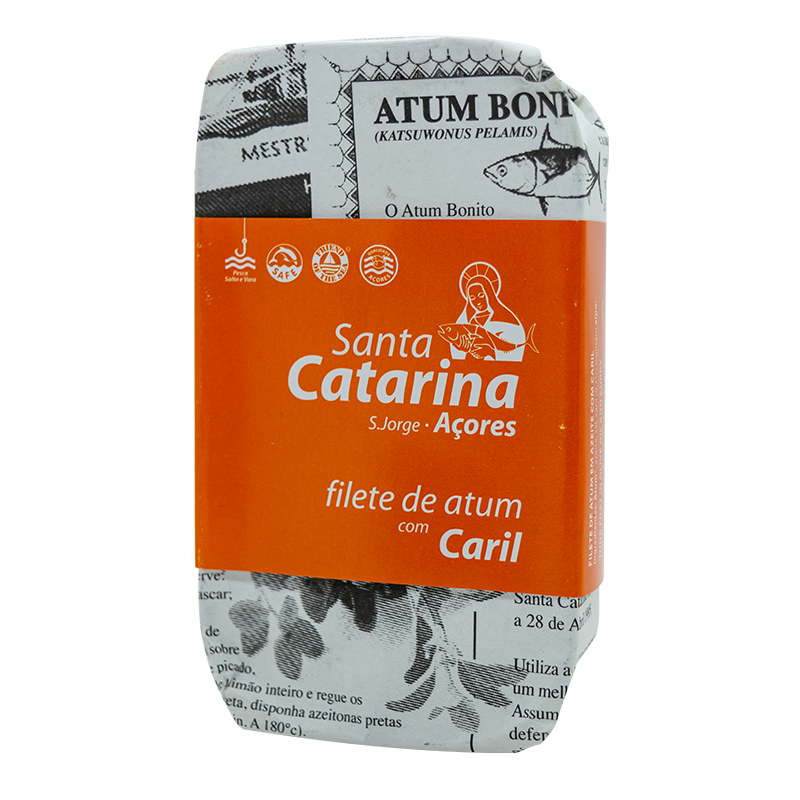 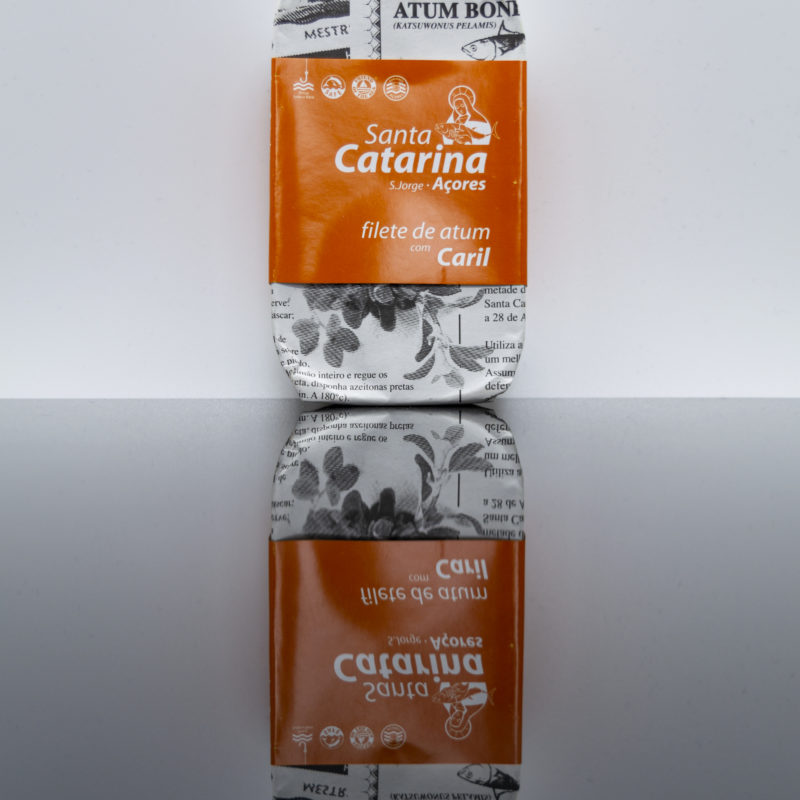 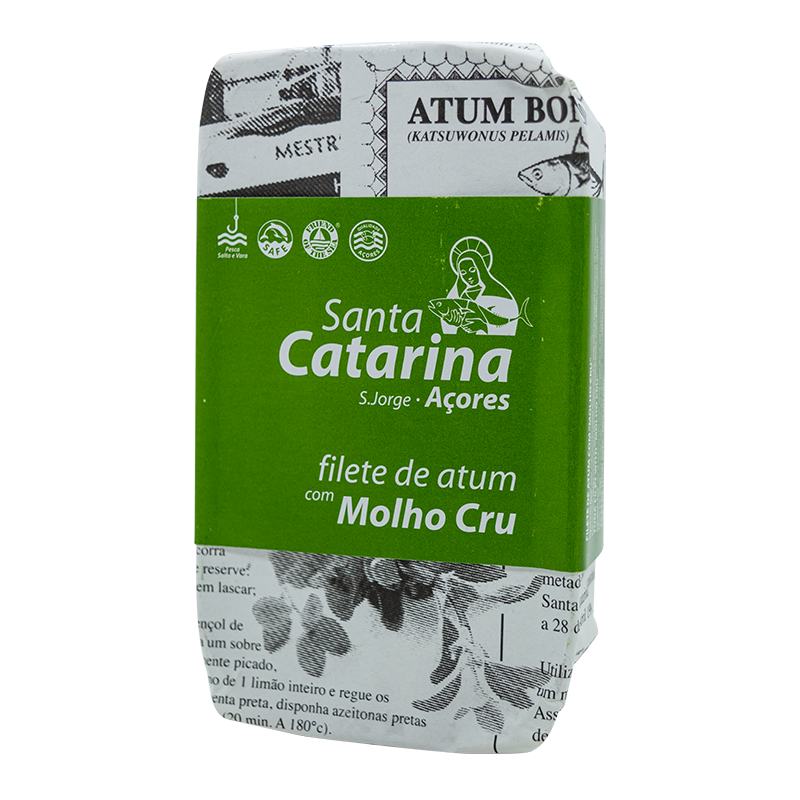 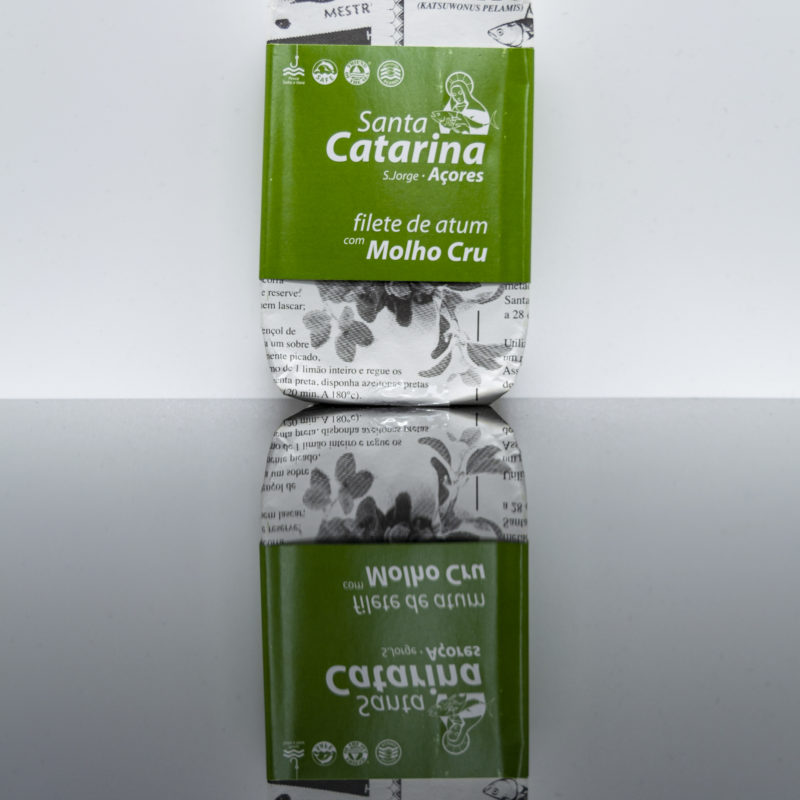 6,39 €
Add to Cart
We use cookies on our website to give you the most relevant experience by remembering your preferences and repeat visits. By clicking “Accept All”, you consent to the use of ALL the cookies. However, you may visit "Cookie Settings" to provide a controlled consent.
Cookie SettingsAccept All
Manage consent